Yogi visits all 18 divisions in UP to review Covid situation 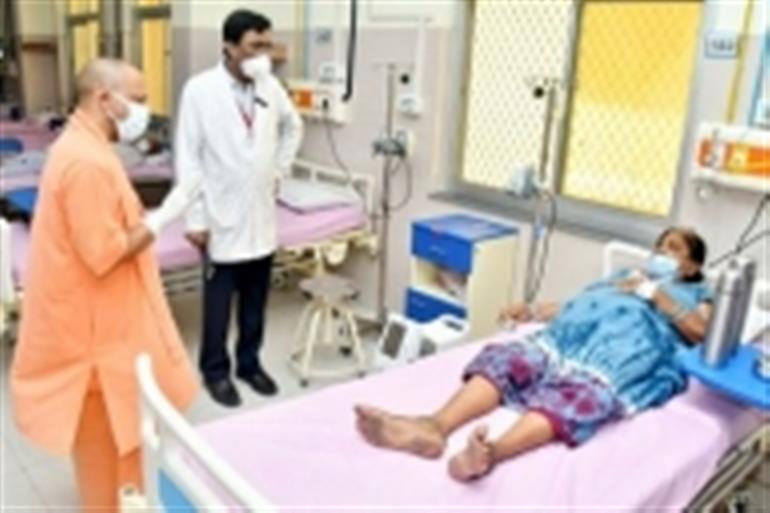 LUCKNOW:Uttar Pradesh chief minister Yogi Adityanath has toured all 18 divisions in Uttar Pradesh and reviewed Covid management in 40 out of the 75 districts.

According to a government spokesman, the chief minister, who had tested Covid positive on April 14 and was in home quarantine till April 30, began touring the state to review the Covid situation.

During his visits, he went to Covid command centres, hospitals and villages where he interacted with the local people and took their feedback about the arrangements made for Covid treatment. He also held meetings with officials, doctors and elected representatives. The chief minister met monitoring committees and interacted with people in containment zones.

“During his divisional reviews, the chief minister praised the efforts of health workers, police officials, ASHA and anganwadi workers and encouraged them to continue working for the welfare of people,” said the spokesperson.

Even while he was in home quarantine, the chief minister held virtual meetings almost every day and interacted with officials and experts on the Covid situation. He monitored efforts being made to strengthen the medical infrastructure in the state and prepare for the third wave of the pandemic.

“As soon as he tested negative, he went to inaugurate the temporary Covid hospital at Awadh Shilp Gram, built by DRDO, in Lucknow,” the spokesperson said.

CBI books private company, others for causing loss of Rs 2435 crore to banks