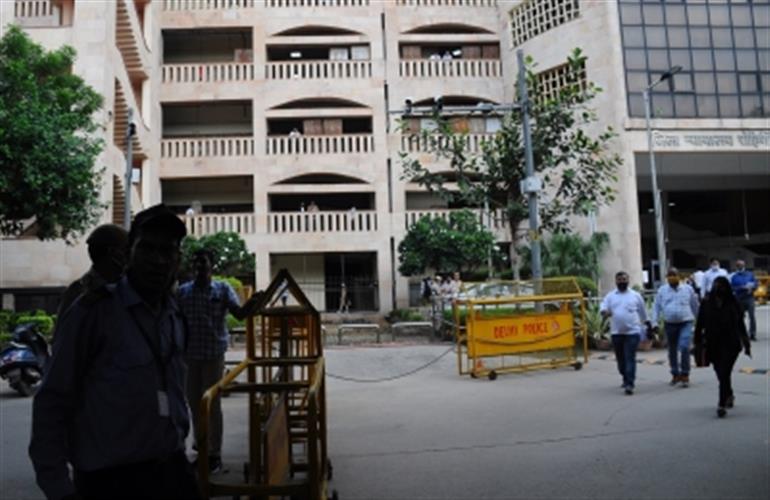 “We are maintaining higher level of alertness than before after Friday’s court shootout,” Tihar Director-General Sandeep Goel told IANS on Saturday.

Tihar, South Asia’s largest complex of prisons has been working on tightening its security by installing CCTV cameras since a series of violent incidents were reported from within the jail in August.

On Friday, top Delhi gangster Jitender Singh Mann, alias Gogi, was shot dead in a courtroom by two assailants from the rival ‘Tilu’ gang, who were dressed as lawyers. The incident took place inside the courtroom where a case was being heard against him.

The two assailants were subsequently shot dead by the police. However, the incident led to chaos and panic in the courtroom where the judge had commenced proceedings. A woman lawyer was reportedly injured in the firing.

There was an exchange of at least 30-35 rounds of fire between the cops and the attackers, an eyewitness said.

Delhi Police Crime Branch has taken over the investigation of the shootout. “The Crime Branch and the Special Cell of Delhi Police will now investigate the incident that could not have been possible without proper planning,” Police Commissioner Rakesh Asthana told IANS on Friday.

He also averred that the police force is determined to act against any organised criminal activity in the national capital, assuring a full investigation and appropriate legal action in such matters.

On Saturday, Bar Council of Delhi Chairman Rakesh Sherawat, along with other officials met Asthana to discuss and review security in Delhi court premises. The Commissioner has assured that there will be fresh security audits of the courts.