This is how Aamir Khan’s daughter Ira Khan loves distracting boyfriend Nupur Shikhare while he works-out!

Ira took to her Instagram stories on Tuesday to share a video of  Nupur working out which she filmed. Poking fun at his ‘strange movements’, Ira captioned the video as “ “What are these strange movements?…” In her second story, she wrote, “love distracting him”. 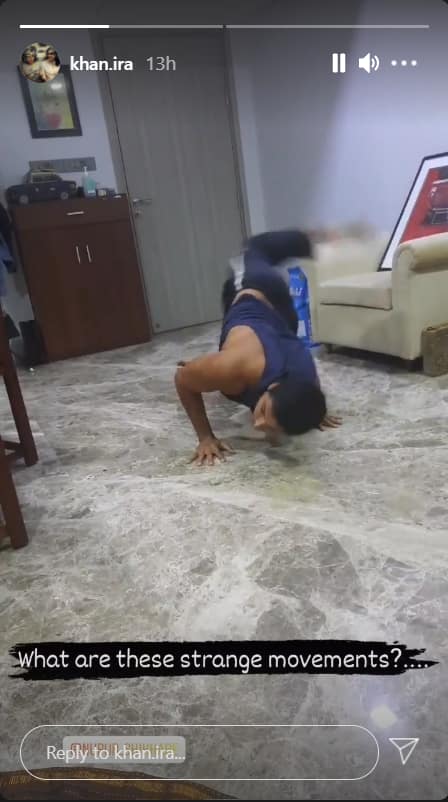 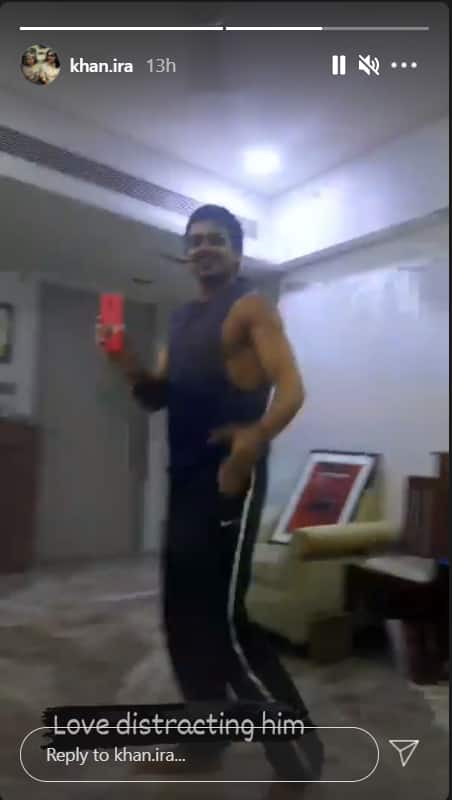 Nupur, however, doesn’t seem to mind Ira hanging around while he is working out. Reposting Ira’s video, Nupur lovingly wrote, “@khan.ira got her (eyes emoji) on me,” along with a kiss and heart emoji. 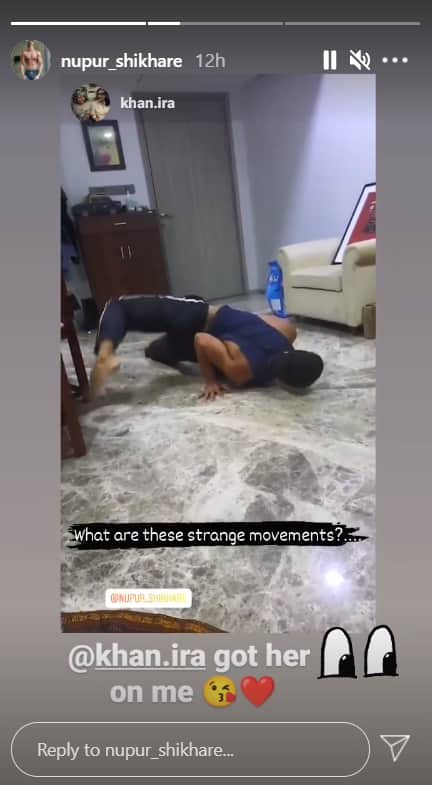 Ira, who is an avid user of Instagram, often shares posts with boyfriend Nupur, who is a fitness trainer.

Ira Khan is also an advocate of mental health and has also opened up about her battle with depression.

Ira Khan is Aamir Khan and first wife Reena Dutta’s daughter. The actor also shares son Junaid Khan with Reena. Both the kids are close to their superstar father.

While Ira first rose to fame with her directorial debut in 2019 with the stage production ‘Euripides’ Medea’, her brother Junaid is all set to make his Bollywood debut soon.