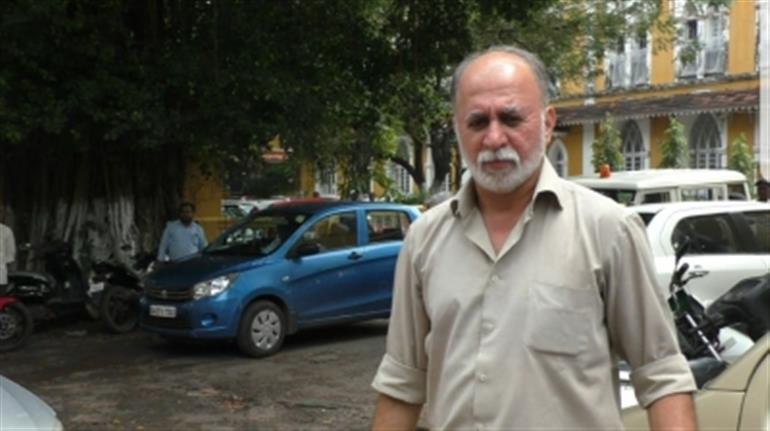 PANAJI: The judgement by a Goa court acquitting former Tehelka editor-in-chief Tarun Tejpal is “shocking” in its legal bias, as it questions the credibility of the victim who is “a good writer, conversant with rape law, independent” and has worked in the area of gender and compensation for rape victims, the Goa government has said in its amended appeal before the Bombay High Court.

The appeal also said that the order deserves setting aside of the order of acquittal and directing a retrial, because it ignores “evidence of the neutral and expert witness and choosing to accept the belated and uncorroborated defence” by the respondents.

The Goa government in its application also said that the judgement by Additional District and Sessions judge Kshama Joshi on May 21, acquitting Tejpal of rape and other sections, also stated that the judge had erred in suggesting that crucial CCTV footage of the crime scene was destroyed by the investigating officer, when it was submitted to the trial court.

In its grounds for the appeal, the government has said that the judgement is “shocking in its apparent legal bias against the prosecutrix”, especially when it makes suggestions that “it is unsafe to rely on her testimony as she is well educated, a good writer, proficient in English and above all conversant with the rape law, and was a capable, intelligent, independent person”.

Tejpal, who was accused of allegedly raping a junior colleague in Goa in 2013, was acquitted by Additional District and Sessions Judge Kshama Joshi last month. Following the acquittal, the Goa government fielded Solicitor General of India Tushar Mehta as its lead counsel for an appeal in the Bombay High Court.

In reaction to an observation made in the judgement that the investigating officer had destroyed key CCTV footage of the resort where the alleged rape occurred, the appeal said: “There is absolutely no technical basis for the trial court to make this definitive conclusion. The trial court grossly erred in holding that the investigating officer had destroyed the CCTV footage of the incident of the 1st floor Block 7 of the Grand Hyatt when there is no evidence to that effect.”

“This finding is not corroborated and the trial court has completely misdirected itself because of such erroneous presumption which has led to aspersions being cast on the investigation,” the appeal said, adding that all original DVRs (digital video recorders) were deposited with the court.

The appeal also objected to “scandalously and voyeuristically” reproduced graphic details of supposed sexual encounters in the judgement despite “clear and cogent” denials by the victim.

Commenting on another point made in the judgement related to the normalcy of the victim, after the alleged sexual assaults, the appeal stated that the observations “betray a complete lack of understanding of post-trauma behaviour of victims” and demonstrate complete ignorance of the law as well as Supreme Court directives.

“The trial court erred in losing sight of the fact that an international festival consisting of hundreds of delegates, celebrities and journalists was ongoing at the time of the two incidents. The prosecutrix was on duty, shadowing one of the most important guests at the festival,” the appeal said.

“Her behaviour was only natural as has been explained by her — she was fearful, traumatised, shocked, exhausted with less sleep and despite what she had suffered she continued to perform the tasks and duties demanded of the role she was assigned and did not want to lose her job,” it said, adding that the victim was extremely conscious of the public setting she was in and the role she was expected to play as an employee, and the number of important guests and dignitaries in attendance.

“If the law laid down by the trial court is correct, looking ‘traumatised’ after such an incident is sine qua non and an educated girl who chooses not to create a scene is not a reliable witness,” it added.

No sufficient data to be alarmed about Delta Plus variant: Maha COVID-19 task force member

Image Source : PTI One person was arrested after a 44-yr-old woman and her minor ...