‘Sky is limit’ for fuel prices in Andhra Pradesh: TDP 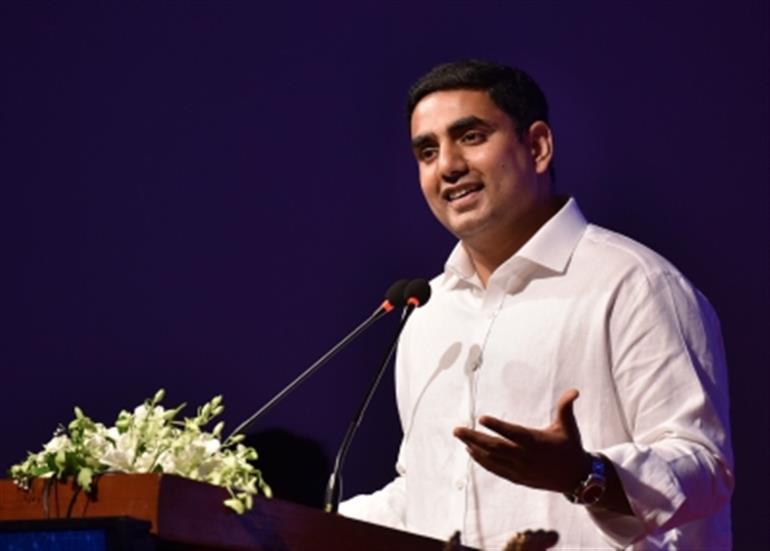 “Fuel prices are zooming like sky is the limit. With record breaking prices, petrol is Rs 108 per litre and diesel Rs 100 per litre,” said Lokesh.

He said these exorbitant fuel prices are “sucking people’s blood worse than leeches”.

The TDP’s second in command questioned as to why Chief Minister Y.S. Jagan Mohan Reddy is not slashing taxes on fuel and alleged that it indicates the magnitude of the government plundering the masses.

On Saturday, TDP leaders and cadres protested against the high fuel prices and consequently expensive goods and services by standing in a ring of fire in Nellore town near Gandhi statue.

The TDP leaders sent across a message hinting that a common man’s life is like burning inside a ring of fire under Reddy’s rule.

Earlier, Lokesh met with the representatives of students and youth unions to discuss the problems being faced by unemployed youth.

He demanded the government to cancel the recent jobs notification and called for a new one with 2.3 lakh jobs, declaring TDP’s support will be there for a protest being planned in Tadepalli for jobs.