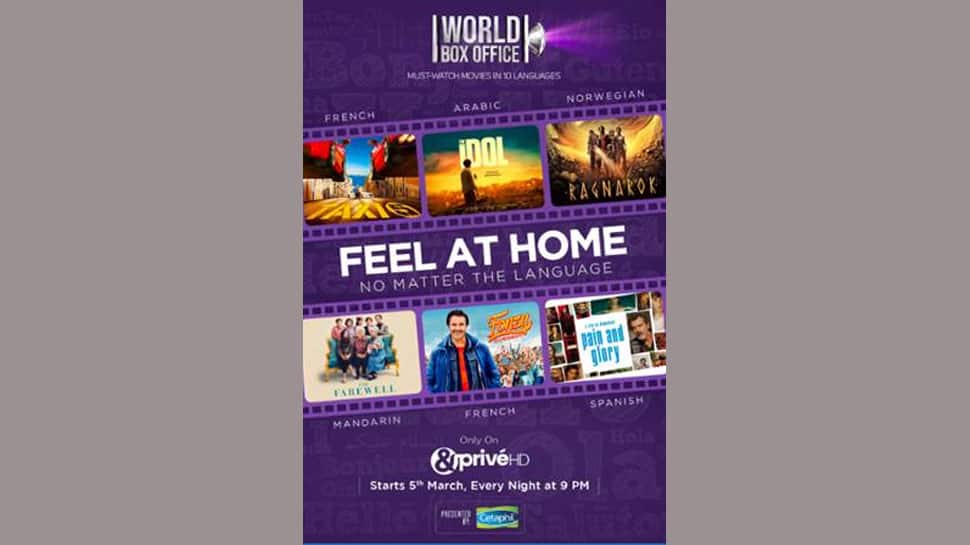 Mumbai: Privé World Box Office on &PriveHD brings must-watch movies from around the world. The movies are pure entertainers with familiar themes, in a foreign language and some have not seen a theatrical release nor have any presence across any platforms in India.

Catch a new foreign title Every Friday, airing for the entire week, every day at 9 PM.

Internationally Acclaimed Mandarin Film ‘The Farewell’ Starring Bafta Award Winning Actress Awkwafina is a movie about a family’s efforts to shield their elder grandmother from a grim reality also talks highly of the differences and understanding that exists between generation gaps in a family. In this delightful tale of family fondness and close cherishment with a spruce of witty humour, the movie is entirely characterised by the close bond that ties everyone together in health and happiness.

The movie is based on the novel of the same name follows  Pitschi played by Maximilian Brückner who flees from a mutual holiday with his girlfriend on Mallorca only to escape to Buenos Aires and from the responsibilities of having a baby and building a house.

A travelling mariachi is mistaken for a murderous criminal and must hide from a gang bent on killing him.  The movie preserved as part of its National Film Registry for being “culturally, historically, or aesthetically significant” led to a sequel of films that saw prominent success.

Based on a real-life terrorist attack, the movie focuses on a teenage girl who struggles to survive and to find her younger sister during the July 2011 terrorist mass shootout that took place in Norway.

A period of prayers for Sonu Sood across the country! Fan worshiping ‘my God’ with Prabhu

Filmmakers expressed their desire to shoot in bio bubbles! appealed to CM Uddhav Thackeray by writing a letter

Kangana Ranaut: who came in support of Karthik Aryan! shouted at Karan Johar – ‘Don’t force to hang like Sushant’

Abhishek Bachchan: told his wife hand behind success! said- ‘She brought me to the track’

There is a saying, ‘Every successful man has a woman’s hand’. Often, the women do ...