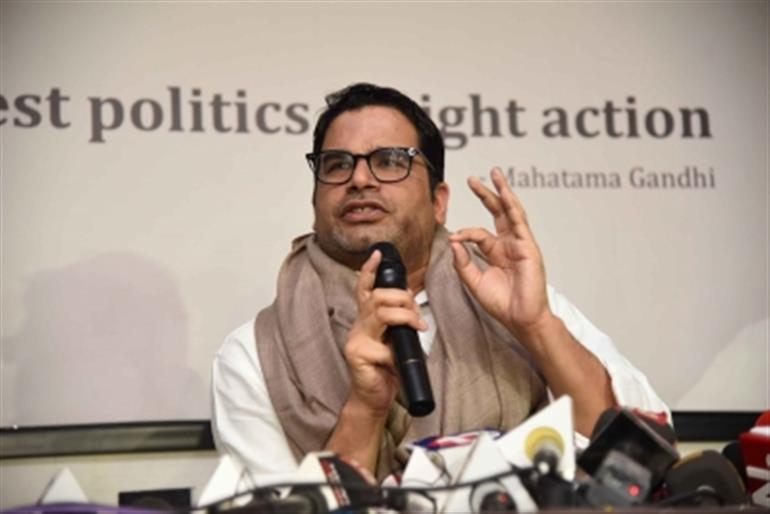 NEW DELHI: In the midst of the heated Assembly elections in West Bengal earlier this year, the phone of poll strategist Prashant Kishor was broken into using NSO Group’s Pegasus spyware, according to digital forensics conducted by Amnesty International’s Security Lab and shared with The Wire.

In addition, the mobile number of key strategist Abhishek Banerjee, the powerful Trinamool Congress MLA who is also the nephew of West Bengal Chief Minister Mamata Banerjee, was also selected as a potential target for surveillance by a government client of NSO Group, an investigation of leaked data by The Wire and its media partners on the Pegasus Project has shown.

Their phones, along with that of a close aide to Kishor, were not immediately available for forensic investigation, making it impossible to say definitively whether an attempt to hack them was made.

Since NSO insists that only “vetted governments” can purchase Pegasus, the targetting of Kishor — who was working as an advisor to Mamata Banerjee — is the first iron-clad piece of evidence that this deadly spyware is being used in India by an as yet unidentified agency to gather political information from rivals of the ruling Bharatiya Janata Party, The Wire said.

Kishor’s current or one-time role as a key political advisor and strategist for a range of opposition parties, including the DMK in Tamil Nadu and the Congress in Punjab, besides the Trinamool, means the agency targeting him is also interested in gathering information about the government’s political opponents in different parts of the country.

The forensic examination of his current phone also shows that what appear to be unsuccessful attempts to initiate a Pegasus attack were made on Kishor’s phone in 2018, just months prior to the general elections of 2019. This was at a time when there was considerable speculation over who Kishor and his much-in-demand election consultancy organisation, I-Pac, would be assisting in the elections.

Traces of Pegasus on Kishor’s phone were also detected in 14 days in June 2021 and 12 days in July 2021, including July 13, the day when he met Congress leaders Rahul Gandhi and Priyanka Gandhi in Delhi. In fact, a hack of Kishor’s phone occurred even on the date that The Wire met him and AI helped conduct forensic analysis on it.