Television popular show Pandya Store’s actress Shiny Doshi who plays the lead role of Dhara Pandya, tied the knot with her longtime boyfriend Lavesh Khairajani on July 15. The wedding was an intimate affair with only close friends in attendance. Their pictures from the fairytale wedding have taken the internet by storm.

Shiny looked like a dream in a red and golden lehenga. She kept her make-up dewy and completed the look with royal jewellery. Lavesh complimented her in a white and a red sherwani. The duo indeed looked like a match made in heaven.

Their wedding was filled with special moments. From Lavesh planting a kiss on Shiny to their friends picking them up during the varmala ceremony.

The pictures from the pre-wedding festivities also screamed happiness and fun. The video of the couple dancing to the tunes of ‘London Thumakda’ has been going viral. 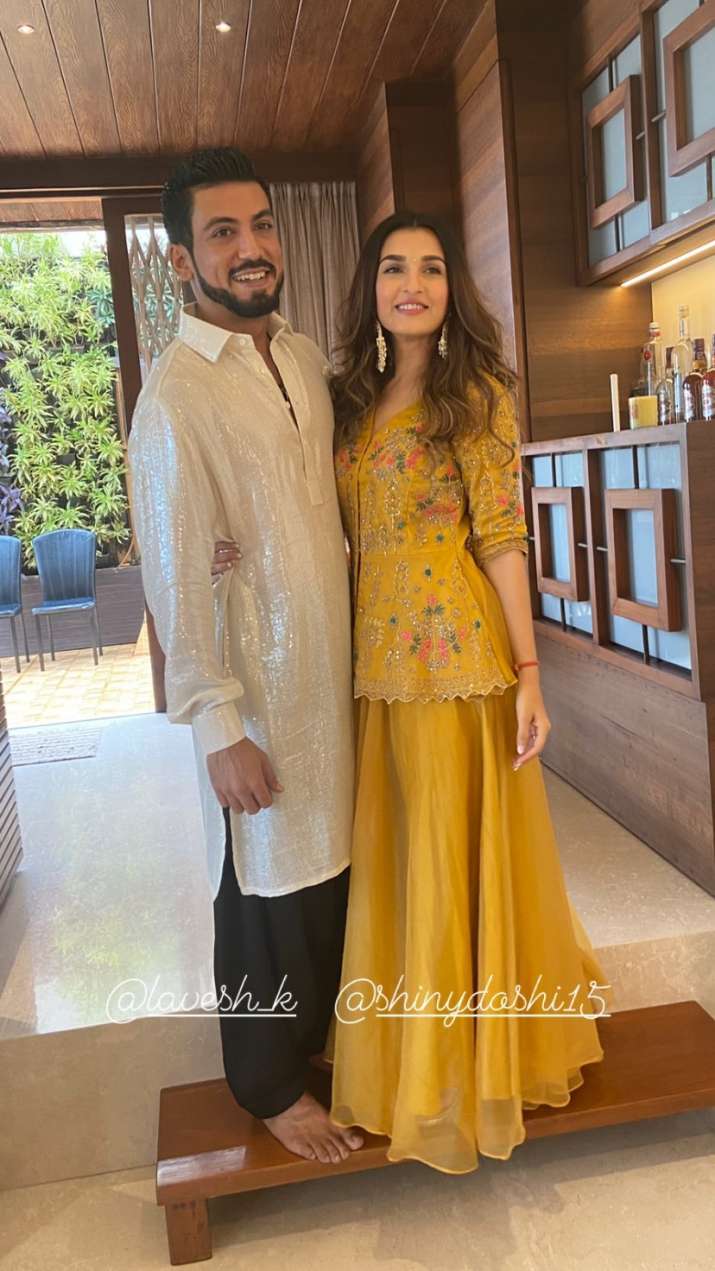 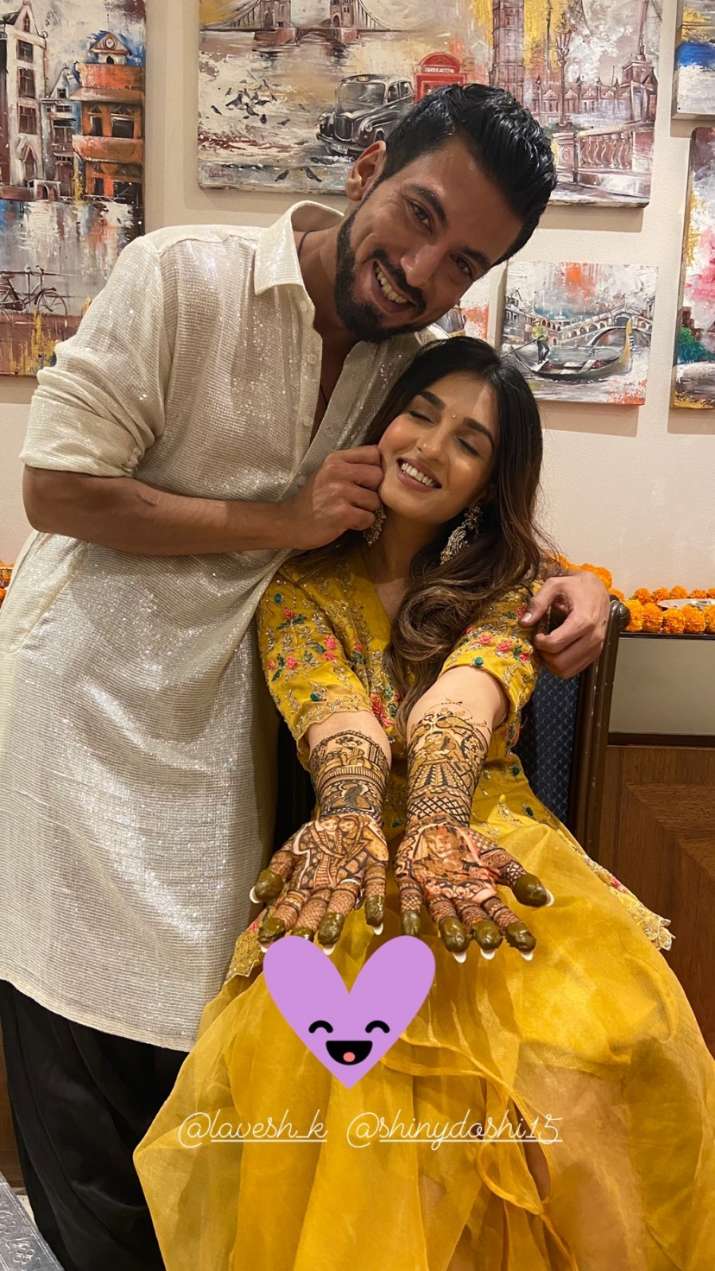 Shiny looked absolutely stunning in yellow attire during her wedding festivities. The couple along with their friends had the most fun during the functions.

The theme of their wedding was floral. There were decorations everywhere with flower petals adding a royal feel to it. The poster of the wedding read, Shiny Weds Lavesh inscribed in gold cursive.