Onus on Centre, not states to bring down fuel prices: Tharoor 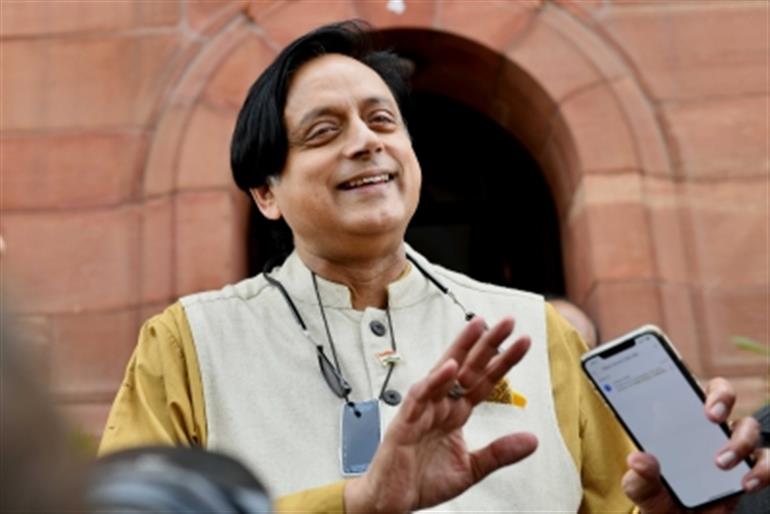 CHENNAI: Senior Congress leader Shashi Tharoor on Friday said that the onus to reduce fuel prices is with the Central government and the states are not expected to cut fuel taxes.

Addressing reporters at the party’s Tamil Nadu headquarters, Satyamoorthy Bhavan on Friday, he said that Tamil Nadu Finance Minister P.T.R Thiagarajan had informed him that the Central government is levying a cess on fuel prices and that 96 per cent of the cess collected is retained by the Centre.

“Cess is a very divisive idea as it is not divisible or shared with the states. When the Centre keeps 96 per cent of the cess by itself, then the onus is on it to reduce the taxes on fuel and bring down prices, and not on the state governments,” he said.

Tharoor said that since May 2 after the state election results were announced, fuel prices were hiked 40 times.

He noted that when fuel prices are increased, there is a corresponding increase in the prices of all essential commodities, like vegetables, fruits, pulses and other household items.

Tharoor also said that this was “no ordinary inflation that happens in a healthy economy”, and added that very little stimulus has been offered by the Narendra Modi government to the economy which was under pressure.

He called upon the Central government to reduce tax on fuels and cess and provide a large share to the state governments for their smooth functioning. He also said that the past seven years of “misrule” by Prime Minister Narendra Modi has resulted in the hike in fuel prices and the sufferings of the common man.

On the Kongu Nadu issue, he said that the Central government generally goes for a division of a state only after a request from that state is received and regarding Kongu Nadu, there was no such request or proposal from the Tamil Nadu government.

Tharoor said that the Congress would raise the issues relating to higher fuel prices, higher inflation, mismanagement of Covid-19 situation and lower stimulus offered by the government, in the Monsoon session of the Parliament which is to commence from Monday.

He also said that a broad discussion regarding NEET has to be conducted on the issues raised by Tamil Nadu and that a solution be found taking into account the interests of the students of the state.

Ahead of assembly polls in 5 states, Prashant Kishor close to firming ties with Congress