Filmmaker Anurag Kashyap turned a year older on Friday. To mark the day special, his daughter Aaliyah with his former wife and film editor Arti Bajaj took to Instagram stories and shared a collage of pictures. She also added a little note which read, “Happy Birthdayyyy to the coolest old man, I know…I love you and miss you Papa” 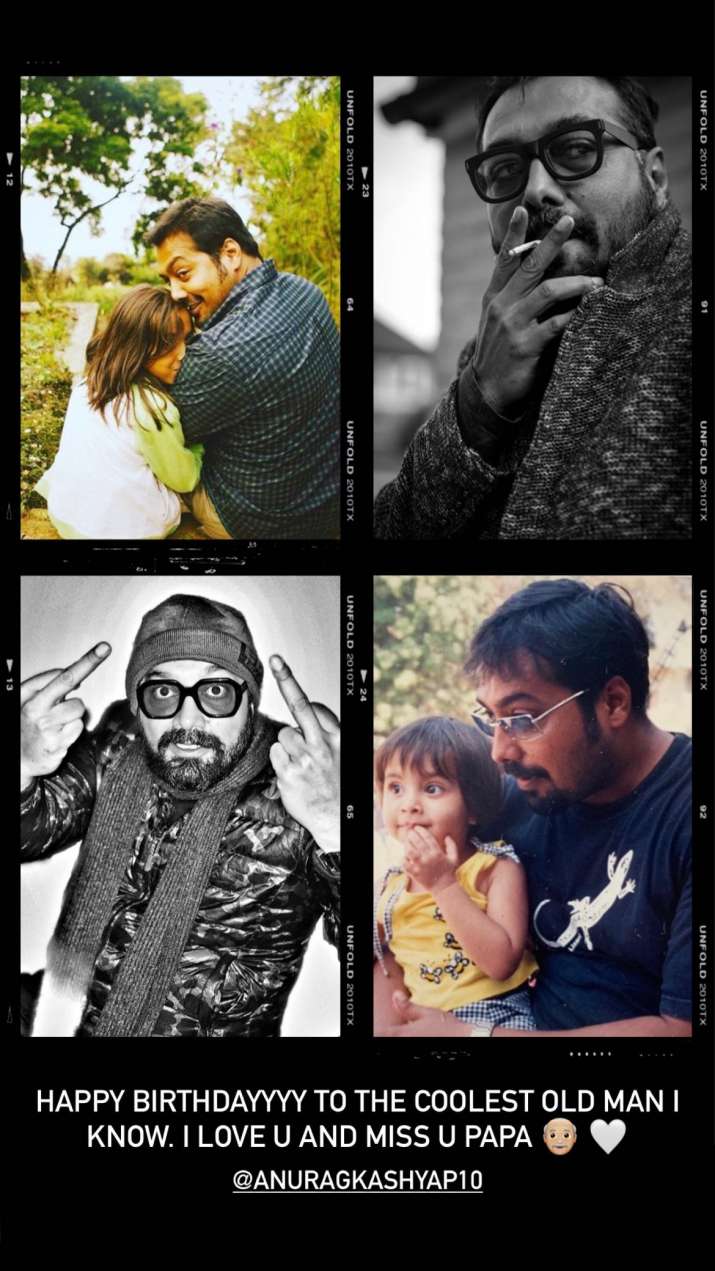 Aaliyah, who lives in the US is a lifestyle blogger and owns a popular YouTube channel. She often shares pictures and videos with her loving father. Check them out here:

Earlier, Aaliyah stood up for her father and revealed last year when MeToo allegations were levelled against Anurag by actress Payal Ghosh, it bothered her the most because it was a misrepresentation of her father’s character.

“The #MeToo claims bothered me a lot. The hate doesn’t get to me, it is the misrepresentation of his character that bothers me. People think he is a terrible man, but ask anyone close to me and they will say that he’s the biggest softy teddy bear you’ll ever meet. This is what gives me anxiety, and not really the hate. I know that whatever hate I get for him is just from people who don’t have anything better to do with their lives.”

“My dad also has been trying to make more of an effort to keep his things away from me because he doesn’t want it to make my anxiety worse,” said Aaliyah on “Invite Only Season 2”, which aired on Zoom.

Comedy is a difficult thing to do: Samantha Akkineni