Not standing for President, declares Sharad Pawar amid speculation 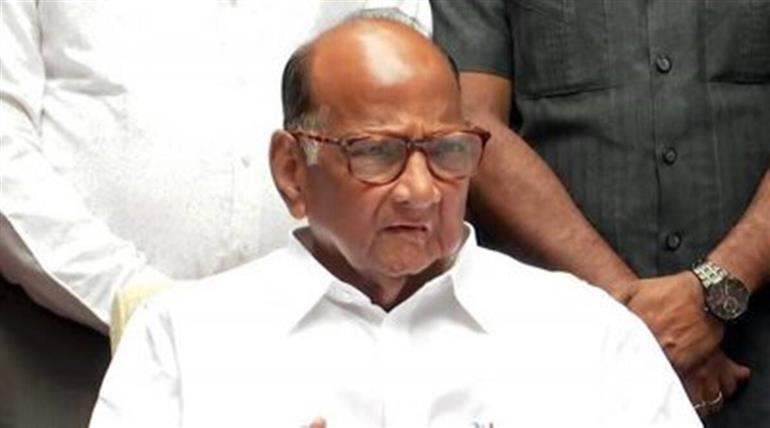 MUMBAI: Seeking to scotch all speculation, Nationalist Congress Party supremo Sharad Pawar on Wednesday said that he was not standing in the Presidential election in mid-2022, as reported in some sections of the media.

Rubbishing the rumours circulating in political circles since this morning after poll strategist Prashant Kishor met top Congress leaders in New Delhi, Pawar said it was “absolutely false” that he will contest for the post of President.

“I know what the result will be, given the party (ruling Bharatiya Janata Party) has more than 300 MPs,” the 81-year-old told media.

On his meetings with Kishor, Pawar said that though they met twice, the discussion pertaining to a company of his, in mid-June in Mumbai and New Delhi.

“No talks were held regarding the leadership for the 2024 elections or the Presidential polls. He also informed that he has quit the field of devising election strategies for parties,” he added.

The veteran leader pointed out that nothing has been decided so far, whether it is the 2024 Lok Sabha or Maharashtra Assembly elections, since the polls are still far off, and the political scenario keeps changing.

“I am not going to assume any leadership for the 2024 elections,” declared Pawar with an air of finality on the issue.

The NCP’s national spokesperson and Maharashtra Minister Nawab Malik also made it clear that there was no discussion pertaining to the Presidential polls in the party.

“However, if someone is circulating such news, then I would like to clarify that its not true,” Malik said, of unsourced reports claiming Pawar would be the joint Opposition nominee for the 2022 Presidential elections.

Rajnath leaves for Tajikistan for SCO meet, to talk on defence cooperation

Believe it or not! Bihar has country’s largest deposit of Gold ore