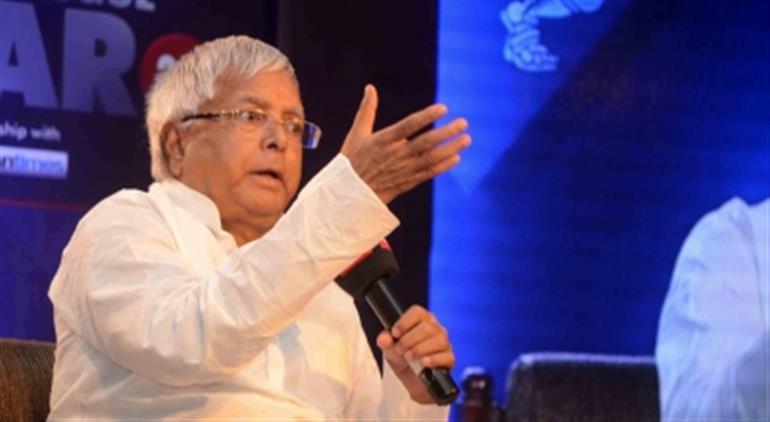 PATNA: After nine deaths due to poisonous liquor in Bihar’s West Champaran district, RJD chief Lalu Prasad on Friday alleged that the Nitish Kumar government has developed Rs 20,000 crore illegal business of liquor smuggling, procuring and trading in the state.

“Due to liquor ban, thousands of people are dying every year in Bihar and ruling party leaders are running a parallel economy of Rs 20,000 crore in Bihar.

“The Bihar government is targeting poor and Dalit people in liquor trade and sending them to jail. Bihar Police turns out corrupt and torturous,” he tweeted.

The political temperature in Bihar rose after 9 persons of different villages in Lauria block of West Champaran died and over two dozen others are in critical condition after consuming poisonous liquor in the last two days.

Villagers in the region said that they had consumed liquor on Tuesday evening and became ill. Some of the victims also lost their eyesight. The villagers claimed that people of Deurawa village allegedly sell liquor and residents of adjoining villages came there to buy it.