NEW DELHI: Actor Mohit Chadda’s gritty adrenaline-pumping outing ‘Flight’ has hit the theatres on Friday (April 2) and we must say it’s a must-watch for all. The makers have presented a unique concept in an exceptional way, piquing the interest of the viewers. The film has been released at a time when theatres have just opened after a gap of almost one year with several filmmakers keeping their eyes on the silver screen and booking dates to release their projects.

The survival drama, featuring Mohit Chadda in the lead, has been grabbing all the eyeballs ever since the makers released its first official trailer on social media. Meanwhile, the film has been generating a good response on social media.

ASLI TOOFAN AA RAHA HAI! _________One impossible task. One HERO. Can the skies handle this storm?

#Flight far exceeds expectations. An action thriller that moves at a relentless pace, it’s a concept film by #SurajJoshi with many twists & turns that keep you at the edge of the seat. @imohitc is fab as a man caught in a tense situation and still battling it with humour ________ pic.twitter.com/0hTCDkmOIO 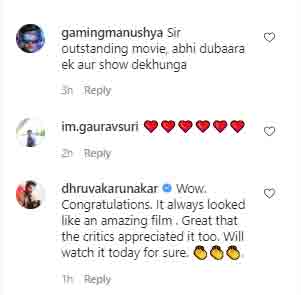 As #Flight lands in cinemas near you today, I feel extremely proud of my friends @imohitc & @rowdy_jo for the mammoth effort they have put into making & releasing it. Both of them have no ‘industry connections’ & are completely self made individuals in the true sense.

The film, bankrolled by K. Chadda, Babita Ashiwal, Mohit Chadda and Suraj Joshi, chronicles the story of a multi-millionaire Ranveer Malhotra (Mohit Chadda) who gets on board a private jet, only to find out that he has been kidnapped. Ranveer faces deadly obstacles and his fight to survive on the plane forms the intriguing plot of the film.

UFO Moviez and Reliance Entertainment have joined hands for the release of  Crazy Boyz Entertainment production, ‘Flight’. It is presented by K Chadda, co-produced by Rohit Chadda.