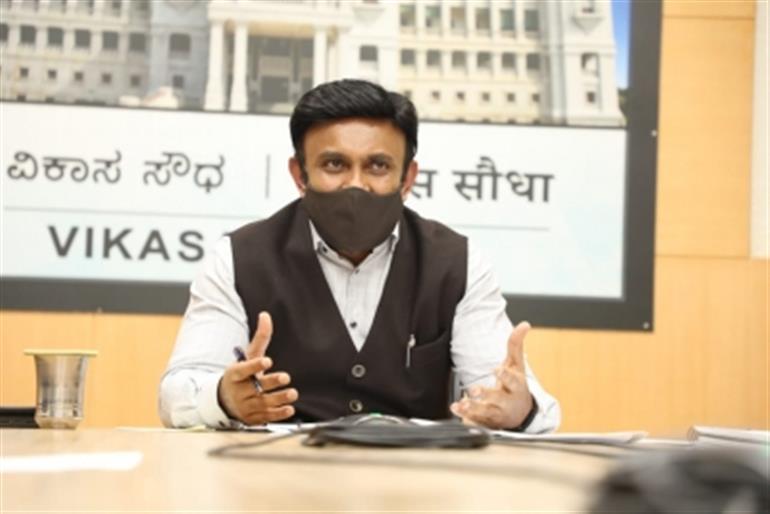 “The state health department will conduct training sessions for doctors and paramedical staff in district hospitals across the state for preparing them to fight the pandemic’s possible third wave,” Sudhakar told reporters here.

Noting that specialist doctors would conduct the training, Sudhakar said its videos would be used to prepare other healthcare workers and frontline warriors in the war against the virus.

“Measures are being taken as recommended by the expert committee headed by noted cardiologist Devi Prasad Shetty to minimise the impact of the third wave on people,” said Sudhakar, a medical doctor by profession.

The state government hired about 4,000 doctors and ramped up the healthcare infrastructure during the pandemic’s second wave to contain the virus.

“As our state shares borders with Kerala and Maharashtra, where positive cases continue to remain high, safety measures have been taken to prevent the infection from spreading in the districts,” Sudhakar said.

As more children are likely to be affected by the possible third wave of the pandemic, the minister said special care wards will be set up in every district hospital for treating children on priority.

“We have to control the spread of the virus with Covid-appropriate behaviour, preventing social and religious gatherings in large numbers and vaccinating as many people as possible,” he said.

As experts fear that the infection could spread to even children and teens, the minister said an expert paediatrician has to be consulted for vaccinating them, as the dose for adults cannot be given to those below 18 years of age.

During a virtual interaction on Covid management between Prime Minister Narendra Modi and the Chief Ministers of six states earlier in the day, Karnataka CM B.S Yediyurappa requested to supply 50 lakh doses per day to Karnataka for vaccinating more people across the state.