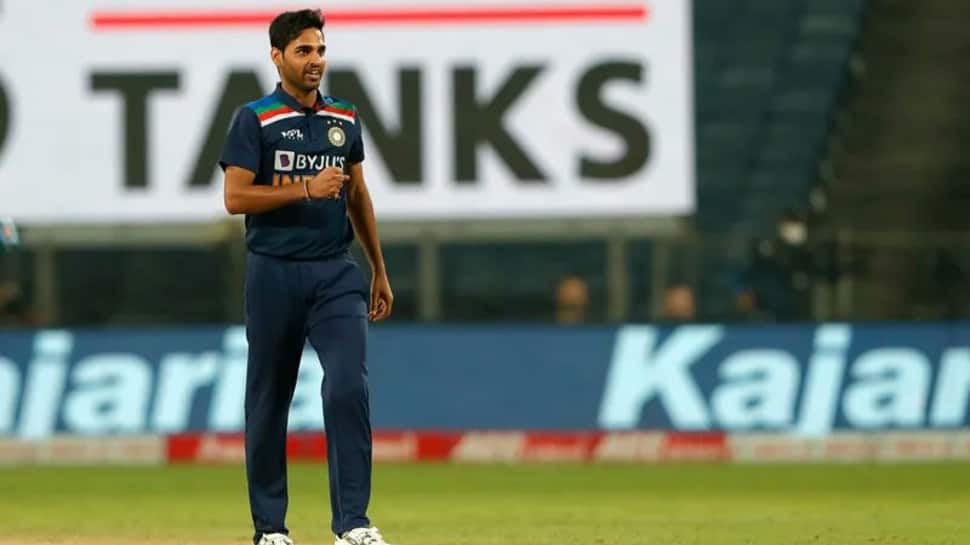 Team India and Sunrisers Hyderabad (SRH) pacer Bhuvneshwar Kumar on Sunday (March 28) said that he wants to play the longest format of the game, so his workload management in the upcoming Indian Premier League (IPL) would be done keeping this fact in mind.

India registered a seven-run win in the third ODI against England at the Maharashtra Cricket Association Stadium in Pune on Sunday.

Sam Curran played an unbeaten knock of 95 but his knock went in vain as India registered a seven-run win in the third ODI to clinch the three-match series 2-1. At one stage, England was down and out at 200/7, but Curran changed the game around with his brilliant batting.

However, T Natarajan defended 14 runs in the final over, and the hosts clinched the series. For the hosts, Shardul took four wickets while Bhuvneshwar Kumar returned with three wickets.

“I do not think about the future. I do not think about the long-term. It has happened in the past that when I have thought about long-term plans, things have not gone my way, even if it’s because of injury or form. Workload management will be on my mind. The management also tries to manage the workload of every player. I was unfit for a very long time, it’s on my mind that the England tour and a few important series are coming up so I will try to stay fit,” said Bhuvneshwar during a virtual press conference on Sunday.

“I have not ruled out red-ball cricket. My preparation would also keep the red-ball format in mind. It is a different matter as to what happens in Test selection. Workload management in IPL would keep red-ball cricket in mind. I want to play Tests, so I will try to stay ready for the longest format,” he added.

“Before the series started, we talked about how England plays their cricket. They can get out early sometimes or they can go big. It was on our mind what sort of cricket would be in store. There was nothing different in our team culture, everyone is committed to the fitness bit, every youngster who is coming in, is highly motivated in staying fit,” he added.

When asked about Shardul Thakur’s performance in the last ODI, Bhuvneshwar said: “He performed well today. He came in as a second change. It was a batting wicket then. If you ask me, Shardul changed the match as he took wickets during the middle overs. The work that is done by spinners, that was done by Shardul today.”

“Shardul has improved both his batting and bowling. Every team wants each player to contribute. You can see his game has improved quite a bit. The kind of performances he has given, you can see how much he has improved,” he added.

Earlier, India’s batting unit displayed a change of approach in the third ODI and this ensured that despite losing wickets at regular intervals, the hosts posted a total of 329. Rishabh Pant (78), Hardik Pandya (64), and Shikhar Dhawan (67) registered 50-plus scores as India set a 330-run target for the visitors.