India hosted the first-ever 2+2 ministerial dialogue in New Delhi with Australia on Saturday. The two countries discussed the ongoing crisis of Afghanistan and cooperation in multilateral formats, along with maritime security in the Indo-Pacific region during the dialogue.

After an in-depth discussion on bilateral and regional issues, Defence Minister Rajnath Singh said that the 2+2 dialogue signifies the importance of the India-Australia Comprehensive Strategic Partnership.

India and Australia share an important partnership that is based on a shared vision of a free, open, inclusive, and prosperous Indo-Pacific region. “As two democracies we have a common interest in peace and prosperity of the entire region,” he said.

Singh said, “We have discussed various institutional frameworks for wide-ranging collaboration including defense cooperation and fight against the global pandemic. We exchanged views on Afghanistan, Maritime Security in the Indo-Pacific, cooperation in multilateral formats, and other related topics.

During the discussions, both sides emphasized the need to ensure free flow of trade, adherence to international rules and norms, and sustainable economic growth in the entire region. 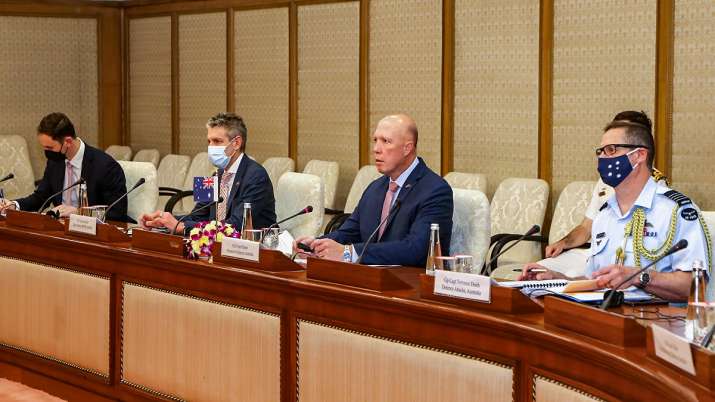 On the bilateral defense cooperation, Singh said that both the countries have decided to expand military engagements across services, facilitate greater defense information sharing, and work closely for mutual logistic support.

“In the context of Defence Cooperation, both sides were glad to note continued participation of Australia in the Malabar Exercises. We invited Australia to engage India’s growing defense industry and to collaborate in co-production and co-development of defense equipment,” he said.

The 2+2 dialogue is the outcome of a decision made at the India-Australia leaders’ virtual summit in June 2020 to elevate bilateral relations to a comprehensive strategic partnership. India and Australia admit that diplomatic ties between the two countries are at an all-time high right now. 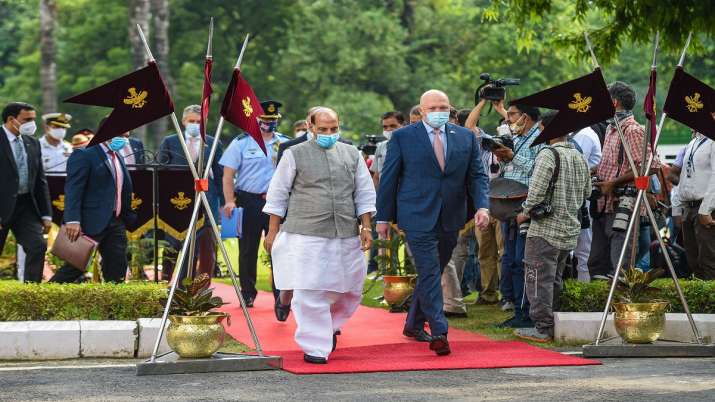