Due to the coronavirus pandemic, the Holi celebrations at the public level got forbidden in various states. Even in Mumbai, due to the surge in the cases, Brihanmumbai Municipal Corporation (BMC) asked people to celebrate the festival indoors. Since morning, the fans have been witnessing the Holi wishes pouring in from various B-town stars. Several even shared a glimpse into their celebrations with colours. Well, the ones who caught everyone’s attention were lovebirds Malaika Arora and Arjun Kapoor who on their respective social media handles shared how their day began on a healthy and happy note.

Malaika, who is known to be a fitness enthusiast shared a video in which her boyfriend can be seen skipping by the side of the pool. Alongside she wrote, “Let’s do this.”

Have a look at the same here: 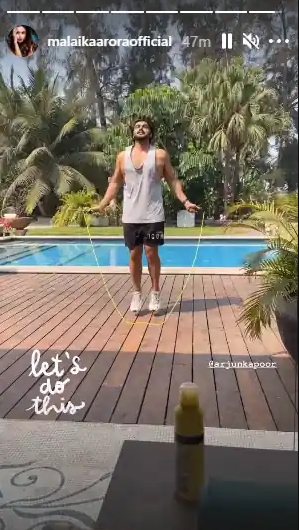 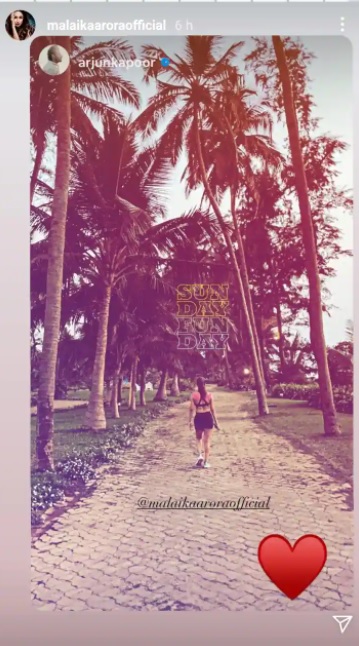 Recently, Malaika grabbed the limelight when she gave shout-out to her ex-husband Arbaaz Khan who sent her a box of mangoes. Sharing the pictures, she wrote, “Thank u @arbaazkhanofficial @aam.wallah for the freshest mangoes that u can order online.” Soon, she ordered another one and wrote, “Ordered another box coz I couldn’t resist.” 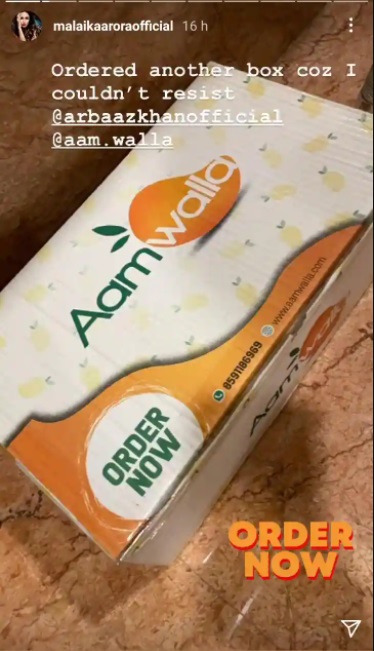 For those unversed, Arbaaz and Malaika were married for a decade-and-a-half but announced their separation in 2016. They even have a son, Arhaan, together. Post their divorce, Malaika on her social media confirmed her relationship with Arjun in 2019.

On the work front, Arjun was last seen opposite Parineeti Chopra in Sandeep Aur Pinky Faraar. Next up, he has Bhoot Police with Saif Ali Khan, Yami Gautam, and Jacqueline Fernandez in the pipeline.

Speaking about Malaika, she has been working as the judge of various reality shows like– India’s Best Dancer and Supermodel Of The Year 2.