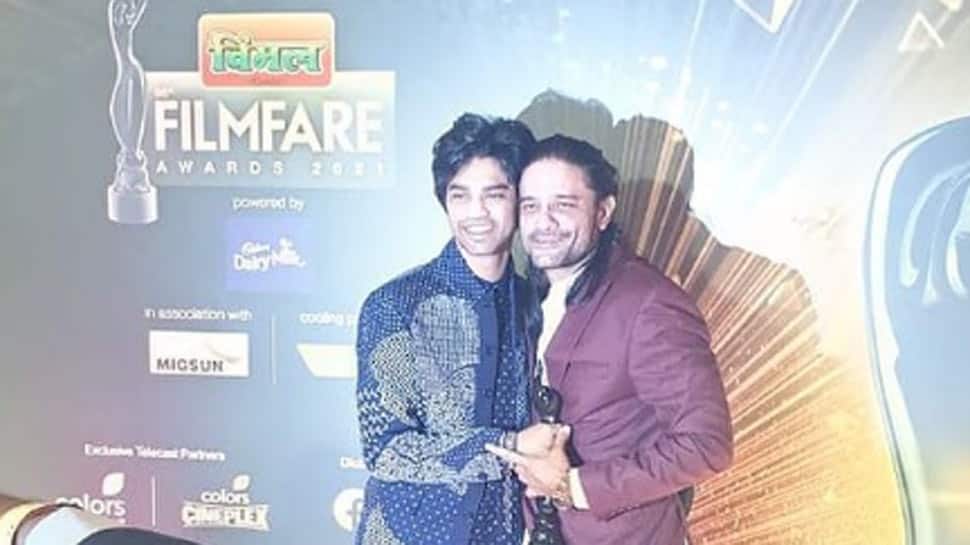 New Delhi: The prestigious Filmfare Awards 2021 were recently held in Mumbai to honour the best performances of the year gone by. The late legendary actor Irrfan Khan won the Best Actor posthumously for Angrezi Medium.

Receiving his award, son Babil made an emotional speech at Filmfare stage and shared it in a note on social media. His mother Sutapa Sikdar helped him in getting all dressed up for the big night. Babil’s touching speech will surely moisten your eyes:

Mamma dressing me up – So in my little speech while accepting baba’s awards from @jaideepahlawat @rajkummar_rao @ayushmannk , I basically said “this is not my place to say anything. People always say that you cannot fit into your father’s shoes but at least I can fit into his clothes. I just want to show all my gratitude to the audience and our industry because of the warmth and love that you have hugged our family with, and all I can really say is that you and I will make this journey together and take indian cinema to new heights, I promise.” The story behind the clothes was that my father hated participating in fashion shows and ramp walks but he did it in these same clothes in order to continuously break out of his comfort zone. That is exactly what I was doing last night, tearing though into new spaces that I’m uncomfortable with.

Late actor Irrfan Khan died on April 29, 2020. He was admitted to Mumbai’s Kokilaben Hospital due to a colon infection a day prior to his untimely demise.

The actor par-excellence battled a rare form of cancer – Neuroendocrine Tumour – for which he had undergone treatment for it in London. He first informed about his illness on social media sending fans into a state of shock.

We miss you Irrfan, always!

The second wave of Corona in the country is taking people twice as fast. After ...