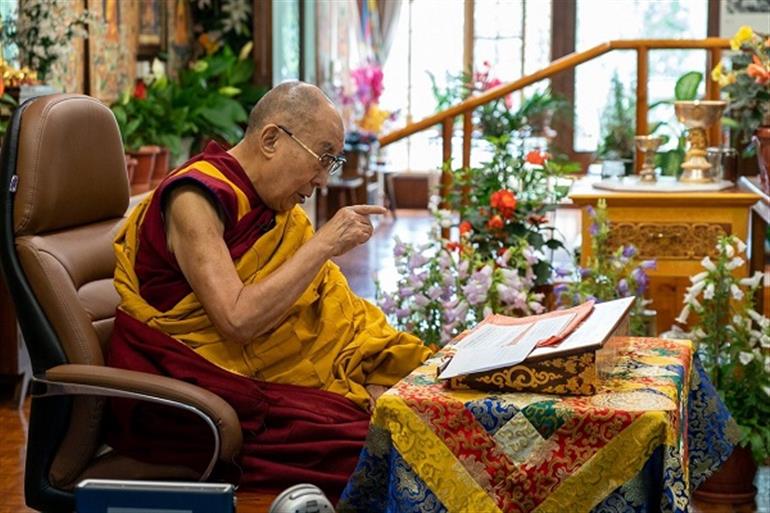 In a video message, the Dalai Lama said, “Our various religious traditions have different philosophies and different practices, but all carry the same message—a message of love, forgiveness, contentment, and self-discipline. Even for those with no faith, these qualities—contentment, self-discipline and thinking more of others than yourself—are very relevant”.

The Dalai Lama further mentioned that only true religious values propagate compassion, developing a sense of respect and concern for others. However, another aspect of religious traditions in terms of philosophical viewpoint, His Holiness noted are related to methods to increase love, which is the real message. For example, theistic traditions believe in a creator, whereas non-theistic traditions like Jainism, Buddhism and so on, follow a different line of reasoning but the common dominating factor remaining kindness, honesty, and truthfulness.

“These days, I emphasise that we need to understand that entire 7 billion human beings (alive today) are same. We need to appreciate the oneness of humanity and respect and help each other. Even non-believers will find these attitudes relevant”.

“In the past, and unfortunately even today, religions have been manipulated for political reasons, or out of concern for power, leading to fighting among some of their followers. We should leave such thoughts in the past. Here in the 21st century, we human beings have gained a lot of experience. We should feel there’s been enough fighting in the name of religion. Now, we must find ways to live and work together—that is my main message”, concluded e Dalai Lama.