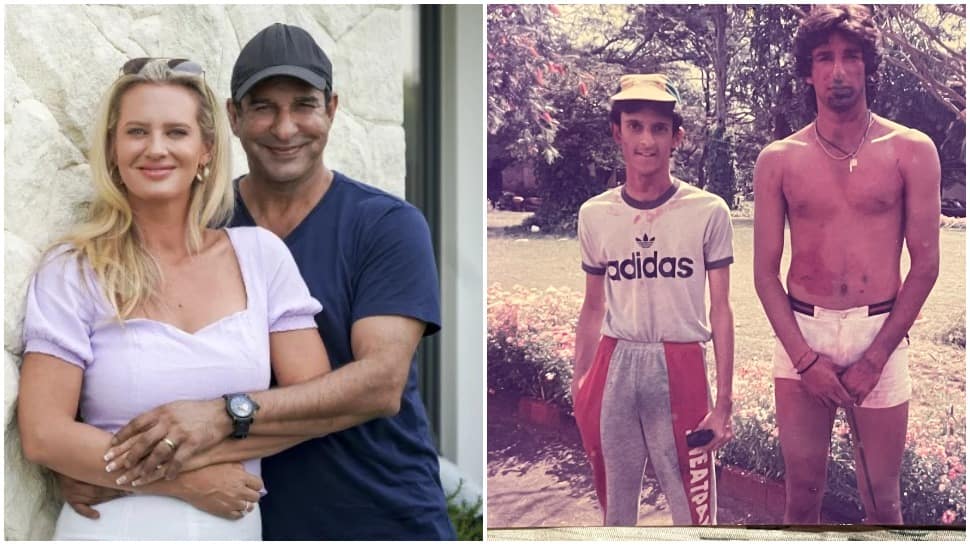 A rare picture of Pakistan legend Wasim Akram has been doing rounds on the internet, drawing reactions from ex-cricketers to his followers. In the picture, a tall and lanky Akram can be seen bare chest wearing a white short with colours smeared on his face.

The picture was shared by popular cricket presenter Gautam Bhimani, who fondly remembered the moment as his favourite ‘cricketing Holi memory’.

Reacting to the post, which has since garnered over 5000 likes, Akram’s wife Shaniera tried to pull his husband’s leg and wrote: “Opened Twitter today and the first thing I saw was a pic of my husband in his underwear!? Is that Normal?”

It’s a new normal biwi and for your kind information they are shorts  they were it then  https://t.co/jeDlLyf2JJ

Haha what’s not normal is that I’m the last to know when a pic of my husband in his underwear has gone viral!  Cute pic Waz @wasimakramlive

Akram also responded to it, “It’s a new normal biwi and for your kind information they are shorts they were it then”, after which Shaniera said she felt left out being the last person to know her husband’s picture in “underwear” went viral.

The picture is from 1987 when Pakistan toured India to play five Tests and six ODIs. The tourists had then secured the Test series 1-0, while demolished India in the limited-over  series with a 5-1 margin.