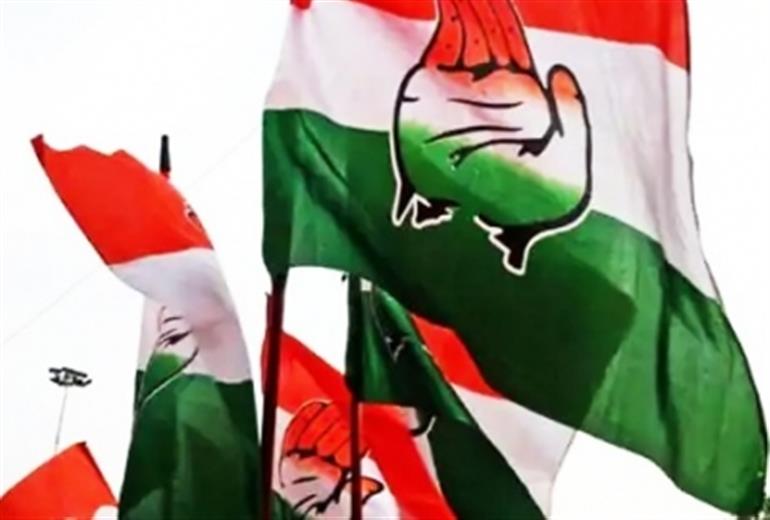 NEW DELHI:  The Congress party is unlikely to contest West Bengal bypolls on three seats giving a walkover to the Trinamool.

The Congress has already decided not to field any candidate against West Bengal Chief Minister Mamata Banerjee from Bhabanipur constituency in the larger interest of the Opposition unity. WBPCC chief Adhir Ranjan Chowdhury has made a formal announcement in this regard.

But sources say the Congress will not put up candidates on other two seats going for bypolls — Samsergunj and Jangipur. Samsergunj falls in the Lok Sabha constituency of PCC President Adhir Ranjan Chowdhury while in Jangipur, sources say, Left parties will field its candidate as the Left had fought this seat in alliance with the Congress.

Congress leaders say that for the joint opposition, it’s necessary to support Mamata Banerjee, she in her meeting with Congress High Command Sonia Gandhi recently, had emphasised on the importance of Opposition unity to take on the BJP.

The Election Commission had announced the date for the by-elections for three Assembly constituencies including Banerjee’s stronghold Bhabanipur.

The election in Samsergunj and Jangipur were withheld because of the death of the candidates before polls during the recently concluded Assembly election in West Bengal. On the other hand, by-election in Bhabanipur Assembly constituency was necessitated because existing MLA Sovondeb Chattopadhyay resigned from his seat to make way for Mamata Banerjee.

Banerjee lost to the Leader of Opposition Suvendu Adhiakri in Nandigram and is still not an elected member of the legislative body.

Acid attack on woman in UP district