Congress in Kerala set for overhaul, to give incentives to workers 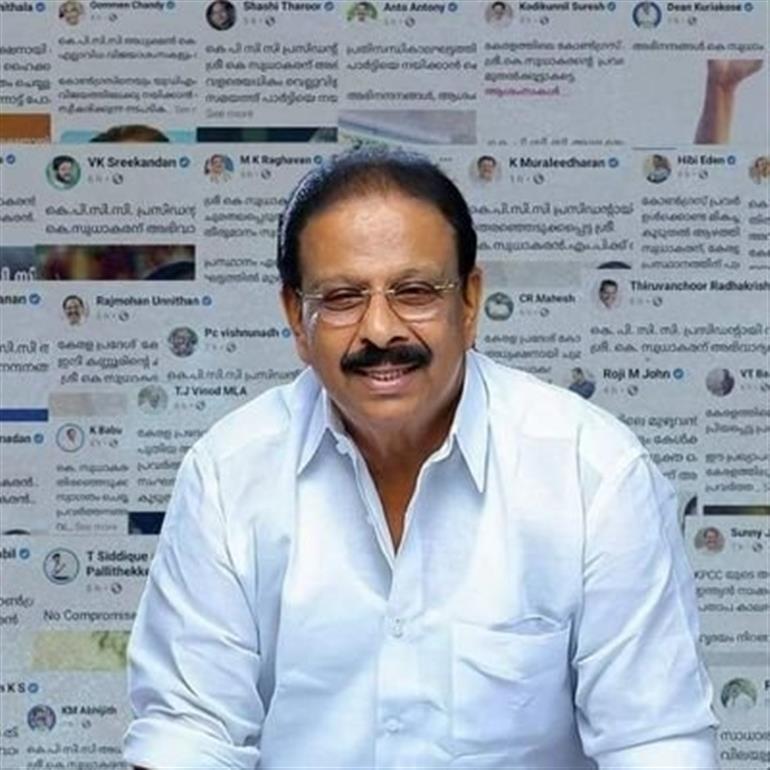 Thiruvananthapuram:  With new state president in the Congress party K. Sudhakaran speaking and acting tough besides getting the full support of the party high command, a makeover of the party is underway, which mulls paying a monthly incentive to its rank and file in Kerala, especially the full fledged party workers.

The first signs of it were seen at the ongoing workshop of the party for the 14 newly elected district party presidents.

Among the guidelines which have been placed for discussions and deliberations at the workshop include payment of an incentive for full time party workers.

Another criticism which the party has been facing is that at party functions, there are more people seen sitting on the stage than in the audience and it has become a permanent source of ridicule.

The party henceforth, especially the organisers of party functions should see that this does not happen.

Another guideline that came up was to set up district level disciplinary committees to resolve issues within the party.

Yet another guideline that came up was that none should indulge in self publicity by placing cut outs on the roads.

Sudhakaran was a surprise choice and it came after the high command put its foot down and did not give much importance to the erstwhile party faction managers which included Oommen Chandy and Ramesh Chennithala.

Soon after taking over, Sudhakaran spoke on the need of enforcing discipline in the party and he said if the party needs to regain lost ground, it has to be functioning in the mode of a semi cadre party.

Congress veteran and Kasargode Lok Sabha member Rajmohan Unnithan said wholesale changes have to take place if the party has to go forward in Kerala.

“Discipline has to be there and for that there should be clear cut guidelines. The need of the hour in the party in Kerala today is there has to be changes taking place and all will welcome it,” said Unnithan.

Even though the fireworks have died after the 14 district presidents were named, all eyes are now on the composition of the new party state level committee and if Sudhakaran is able to finish it without a whimper, then he can take control of the party, but if it’s otherwise, then things don’t augur well for the party.