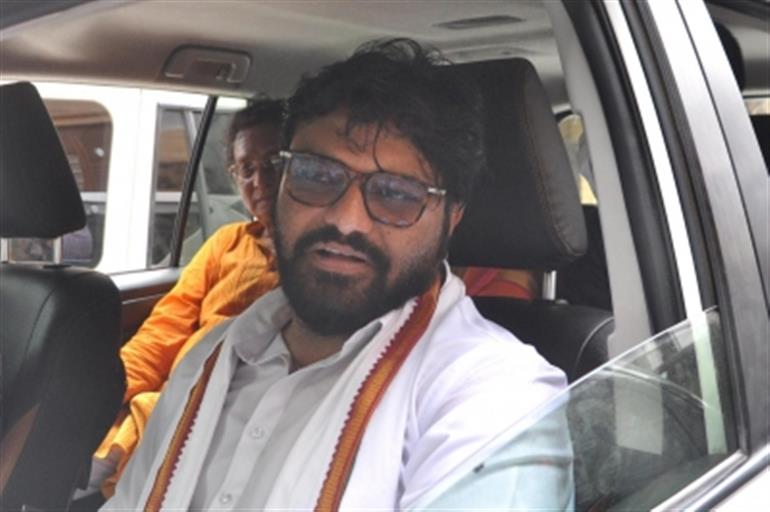 KOLKATA: The induction of Babul Supriyo into the Trinamool Congress has quelled a lot of speculation in political circles of the state. The party with its ambitious plan to have its footprint at the national level wants to utilise Supriyo effectively and so the former BJP MP is likely to get a ticket to the Rajya Sabah in place of Arpita Ghosh.

That relations between Babul Supriyo and the BJP had turned sour became very clear when the former union minister wanted to quit active politics but the resignation of Arpita Ghosh from the Rajya Sabha with still more than five years to go was not clear. Sources in the party indicated that Ghosh had to make the sacrifice only to make way for the former BJP union minister.

The Trinamool Congress that is planning to increase its activities in the national capital believes that the presence of Supriyo who has been minister for seven years will help them to boost their presence in Delhi. Moreover, his experience in the BJP will help them to understand the strategy of the saffron brigade better. The party also wants to use Supriyo in their expansion plan in the North East, Jharkhand, Bihar and Odisha.

Though Supriyo said that he had been in touch with the Trinamool Congress high command for the last four days but sources in the party said that the talks with Supriyo were going on for the last two months indicating that they started after Supriyo was removed from the ministry.

Though the party leadership is tight lipped about their future plans, Supriyo has already hinted that there is something big that is coming up within three to four days. Speaking to the media Supriyo said, “Believe me or not this was an opportunity that suddenly came to me. Four days before I spoke to Derek regarding the admission of my daughter and then the conversation started. I had discussions with Didi (Mamata Banerjee) and Abhishek Banerjee and they offered me something (I won’t reveal the details now) that was enough to satisfy my demand to work for the people of Bengal. It was difficult to say no to it”.

When asked whether he was going to the Rajya Sabha in place of Arpita Ghosh, Supriyo said, “I cannot say anything now. The party will make the announcements. I can only say that Trinamool Congress has opened up a huge opportunity for me”.

There should be no safe havens for those who commit crime against country: PM Modi

Ex-IAF officer dies after injected with poison over property dispute

MORADABAD: In a shocking incident, a former Indian Air Force officer and also an RSS ...