It was a great day for India on the sports front as shooter Avani Lekhara scripted history on Monday by becoming the first Indian woman to win a gold medal at the Paralympics, firing her way to the top of the podium in the R-2 women’s 10m Air Rifle Standing SH1 event. The 19-year-old from Jaipur, who sustained spinal cord injuries in a car accident in 2012, finished with a world record-equalling the total of 249.6, which is also a new Paralympic record. Several Bollywood celebs cheered for Avani and penned their heartfelt wishes on social media. Actors Akshay Kumar, Kangana Ranaut, Vicky Kaushal, Taapsee Pannu and others showered praises for the athlete.

Akshay Kumar took to social media and wrote, “Congratulations #AvaniLekhara for hitting the bullseye and creating history by becoming the first Indian woman to win a #Paralympics gold medal Sports medalWhat a debut!” 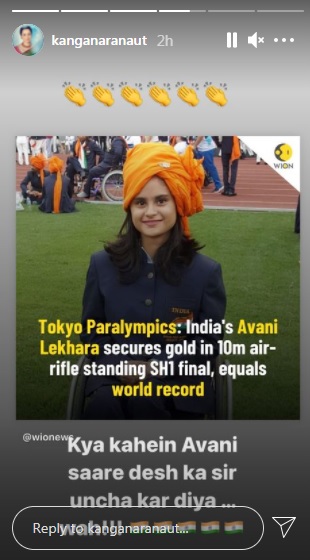 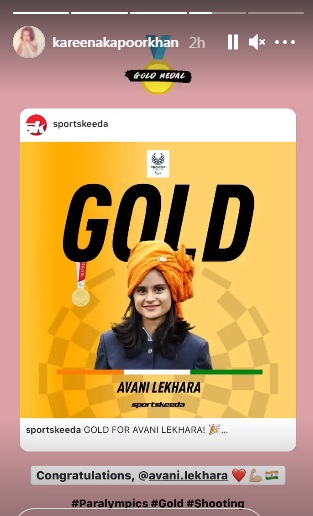 Vicky Kaushal praised her and wrote, “First ever Gold for India at Paralympics!! Congratulations @avani.lekhara for this historic won. What a debut! What a star!.” 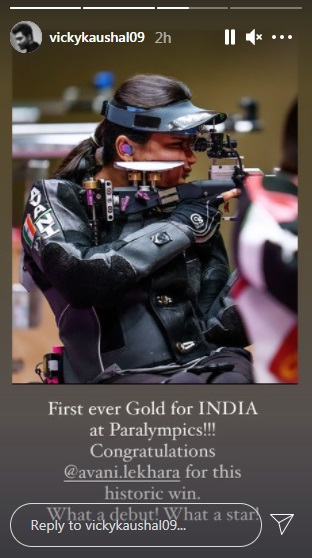 Abhishek Bachchan was also elated after the young Paralympian’s win and said in a tweet, “A gold-en moment for India! Hats off @AvaniLekhara on becoming the first Indian woman to win gold at #TokyoParalympics#Paralympics  #ShootingParaSport.”

“I can’t describe this feeling, I’m feeling like I’m on top of the world. It’s unexplainable. I’m so happy I could be the one to contribute it. Hopefully there’s a lot of medals more to come,” an elated Lekhara told PTI.

‘Sex and the City’ star Willie Garson passes away at 57