In a heart-touching moment, a man in Ampapuram in Andhra Pradesh’s Krishna district erected a statue of his pet dog on its fifth death anniversary on Thursday. Sunkara Jnana Prakasa Rao said the dog remained with his family for 9 years.

Speaking about erecting the statue, Sunkara Jnana Prakasa Rao said, “We considered him as our own child. He was very cooperative & loyal.” 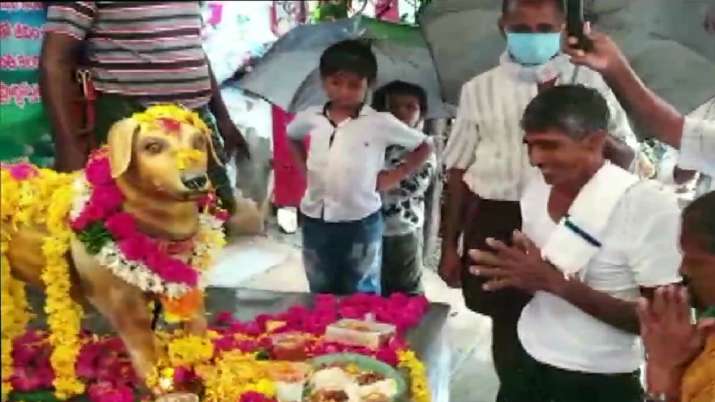 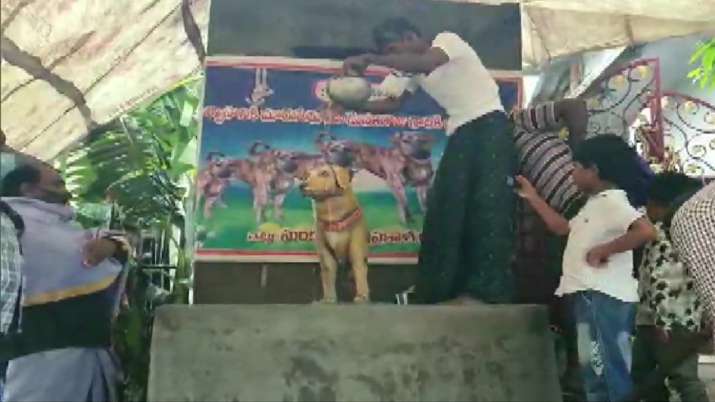 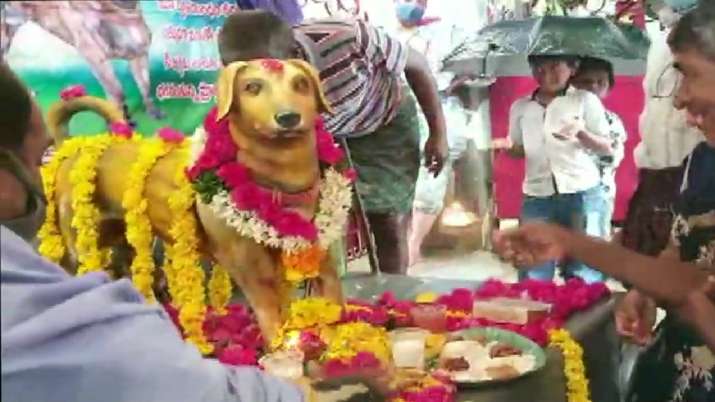 A few days ago, a man allegedly shot his neighbour’s dog dead in Uttar Pradesh’s Agra, the crime was recorded on a CCTV camera.

A case was registered under Sections 336 (neglecting safety and endangering life of others) and 429 (Mischief by killing or maiming cattle) of Indian Penal Code and the Prevention of Cruelty to Animals Act against the accused, Gaurav Bhargav, at Sadar Police Station, Senior Superintendent of Police (SSP) Muniraj G said.

Bhargav, a resident of Namner locality, shot the dog with a licenced revolver.

He is absconded and family members are also missing, the SSP said, adding, “They will be arrested soon. We will also send a report to the district magistrate to cancel the accused’s licence.”

In the video posted on social media, the man was putting the carcass in the boot of his car to dispose it off.

According to the complainant, Mohan Babu, the accused was in an inebriated condition at the time of the incident.