Ahead of Thalaivii’s release, Kangana Ranaut lashes out at Maha govt for not opening movie theatres

Ahead of the release of her forthcoming film Thalaivii, actress Kangana Ranaut lashed out at the Maharashtra government. On Tuesday morning, she penned another note on her Instagram Story. Kangana Ranaut wrote, “In Maharashtra restaurants, hotels, offices, local trains everything is open but movie theatres are shut because of Covid, according to Maharashtra government covid only and only exclusively spreads in the movie theatres.” She ended her statement with clapping emojis. 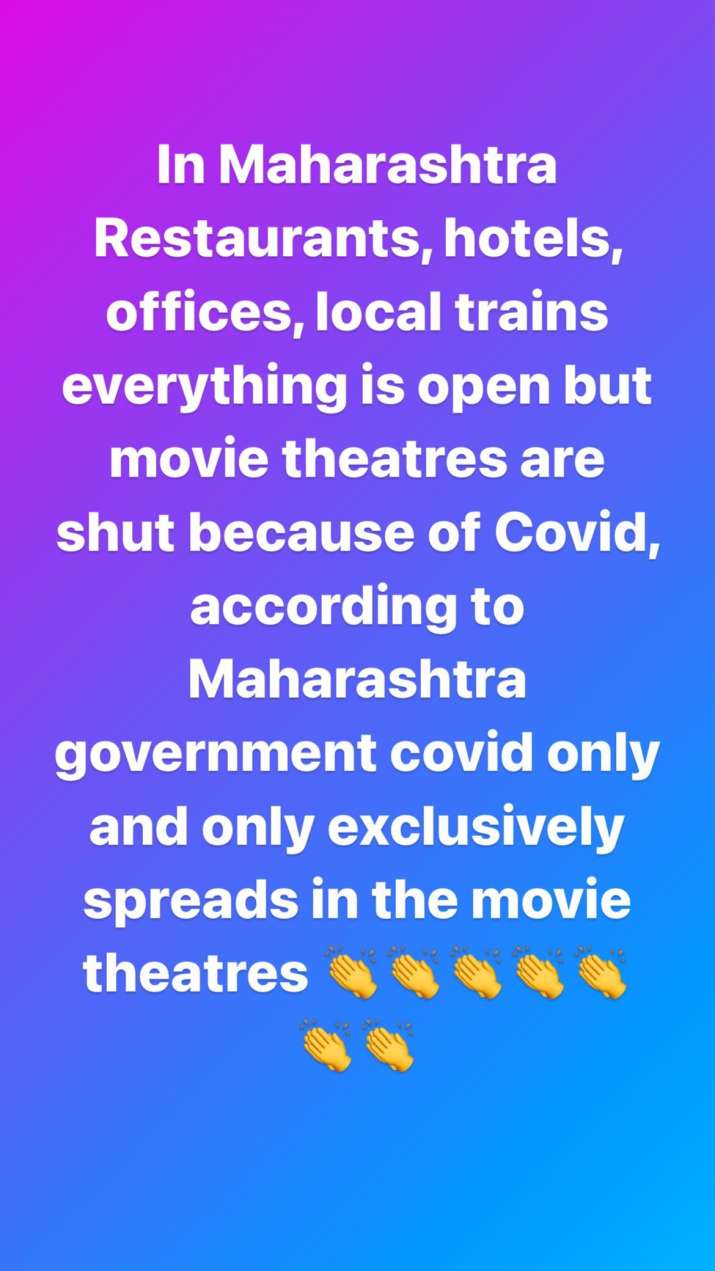 Yesterday too, the Panga actress had requested them to open the theatre. In her story she had written, “Cases in Maharashtra have decline. Requesting Maharashtra Government to #OpenUpCinemas in Maharashtra and save the dying film industry and theatres business.”

Recently Thalaivii’s producer Vashu Vardhan Induri opened up on why he is not opting for a 4-weeks long gap for the OTT release of the Hindi version. He revealed that “If I opt for a four-week window [for the Hindi version], I will lose money and will land in a financial problem. I will never be able to make a film again.”

Thalaivii, a biopic based on the life of late Tamil Nadu Chief Minister and former actress J. Jayalalithaa, will be released in Hindi, Tamil and Telugu. It showcases the varied aspects of Jayalalithaa’s life, tracing her journey as an actress at a young age to becoming the face of Tamil cinema, as well as the rise of the revolutionary leader who changed the course of the state’s politics.

It is set to release in cinemas on September 10.

Bollywood actress Anushka Sharma is well known for her performance as well as her fitness. ...