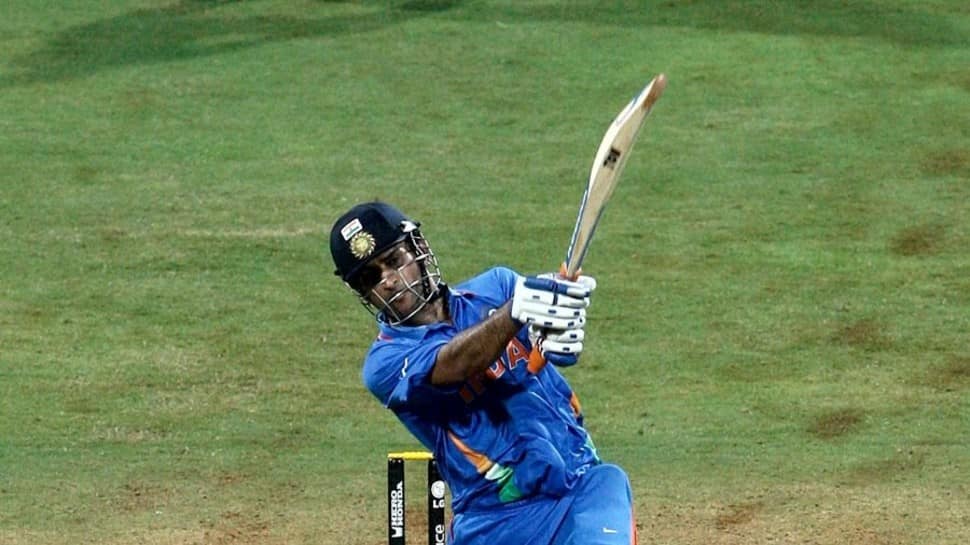 “Dhoni finishes off in style. A magnificent strike into the crowd! India lift the World Cup after 28 years!” these words by Ravi Shastri of M.S. Dhoni after the wicketkeeper-batsman hit a humongous six against Sri Lanka pacer Nuwan Kulasekara in the summit clash of the 2011 ICC World Cup at the Wankhede Stadium in Mumbai still reverberate in the ears of every Indian citizen.

With that monstrous six against Kulasekara, Dhoni not only gave millions of Indians a memory worth revisiting throughout their lives but also fulfilled the long-cherished dream of batting legend Sachin Tendulkar, who had, until then, almost all the trophies in his cabinet except the World Cup. Tendulkar, known as the ‘God of Cricket’, had waited 22 years for lifting the trophy and on April 2, 2011, his dream finally came true at his home ground.

The Day Which No One Can Forget, “Dhoni Finishes Off in Style !

MS Dhoni Is The Only Player To Win A World Cup For His Team With A Six !#DhoniOurIcon | @MSDhoni | #MSDhoni pic.twitter.com/tANjAfpJzN

India had won its first World Cup under Kapil Dev’s leadership in 1983 and then were not able to lay their hands on the coveted trophy until 2011.

Under Dhoni’s captaincy, India lost just one match in the showpiece event against South Africa. India defeated arch-rivals Pakistan in the semi-final to set up a blockbuster finale with Sri Lanka.

At the final, the Wankhede looked like a sea of blue with Indian fans filling up each and every seat of the iconic stadium. The rest of the Indians were glued to their TV screens to witness the mega clash.

Sri Lanka, under Kumar Sangakkara, looked on course to win their second World Cup title after giving India a stiff target of 275. Mahela Jayawardene played a splendid knock, scoring a brilliant century while striking 13 fours in his 103-run innings, that came off just 88 balls.

During the chase, fans were left emotionally battered after lanky pacer Lasith Malinga dismissed Tendulkar, leaving India in a spot of bother as their scorecard read 31/2 in the sixth over. However, a heroic innings by Gautam Gambhir (97) along with an exceptional knock from Dhoni (91*) saved India the blushes and saw the Men in Blue lift the World Cup trophy after 28 years. While Dhoni was adjudged as the Man of the Match, stylish all-rounder Yuvraj Singh was named the Player of the Tournament.

As soon as the ball left Dhoni’s bat and India went into ecstasy, Tendulkar was seen in tears full of joy while hugging Yuvraj who later on revealed that he played the tournament while battling cancer. The entire team carried Tendulkar on their shoulders and took a victory lap around the stadium.

The entire country was soon on the streets after the iconic win, singing the national anthem while waving the tri-colour.

“April 2 10 years ago, the moment of a lifetime,” Virender Sehwag tweeted on Friday along with a picture showing the Indian team with the prestigious trophy.

There’s no denying that April 2, 2011 remains one of the greatest days in Indian cricket history.