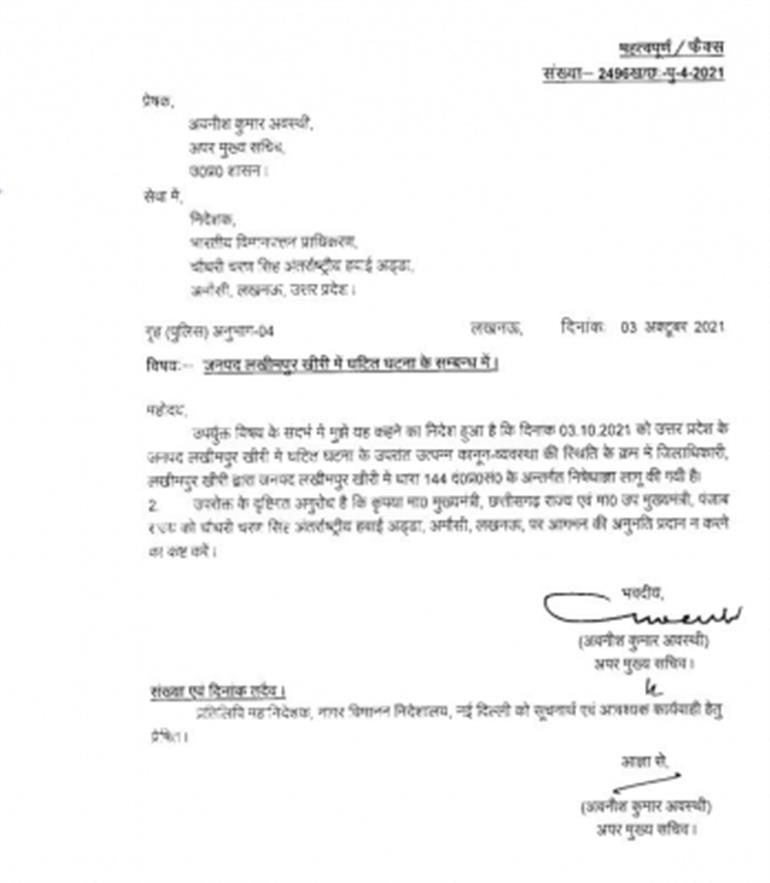 LUCKNOW: The chief ministers of Punjab and Chhattisgarh have been asked not to come to the state capital.

In a letter to the Lucknow airport authorities, additional chief secretary home, Avanish Awasthi has said that Section 144 has been imposed in Lakhimpur Kheri and in view of the situation, leaders cannot be permitted to proceed to the district.

Chief Minister of Punjab Charanjit Singh Channi and Chief Minister of Chhattisgarh Bhupesh Baghel were scheduled to visit Lakhimpur Kheri to meet the families of those whose kin had died in Sunday’s violence.

Earlier, Congress General Secretary Priyanka Gandhi Vadra was stopped at Hargaon in Uttar Pradesh’s Sitapur district while she was on her way to Lakhimpur Kheri.

The death toll in the Sunday violence reached 9 and the Uttar Police has filed an FIR against Union Minister of State for Home Ajay Misra’s son Ashish Mishra and 15 others for murder and inciting violence.