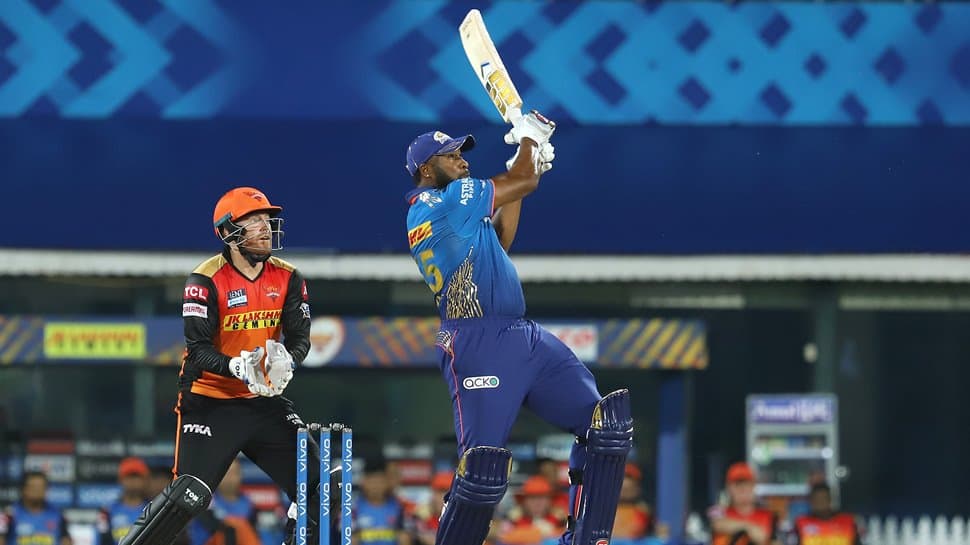 Kieron Pollard is renowned for hitting gigantic sixes and on Saturday evening the swashbuckling all-rounder from West Indies smashed the biggest maxium in the ongoing edition of the Indian Premier League (IPL).

Pollard smashed a 105-m long six to Afghanistan spinner Mujeeb Ur Rahman in the clash between Mumbai Indians and Sunrisers Hyderabad in Chennai.

The incident took place in the first delivery of the 16th over, when the bowler tried to shorten his length but unfortunate for the bowler as it fell in Pollard’s radar. The batsman went deep into his crease and timed the ball with the middle of his blade as it soared over the mid-wicket fence.

Most sixes in IPL history:

Earlier in the evening, Mumbai skipper Rohit Sharma broke MS Dhoni’s unique record as overtook the Chennai Super Kings skipper to become the Indian batsman with most number of sixes in the lucrative T20 league. The Mumbai opener now stands tall at the top with 217 sixes from 203 matches and 198 innings. Dhoni stands second in the list with 206 sixes from 206 matches and 183 innings.

After winning the toss and electing to bat first, Rohit along with wicketkeeper-batsman Quinton de Kock added 55 runs for the opening wicket before he was dismissed on 32 from 25 balls by Vijay Shankar. During the course of his innings, the right-handed batsman smashed two gigantic sixes and the same number of fours.