Champions League: Big setback for Bayern Munich as Lewandowski ruled out of quarters against PSG 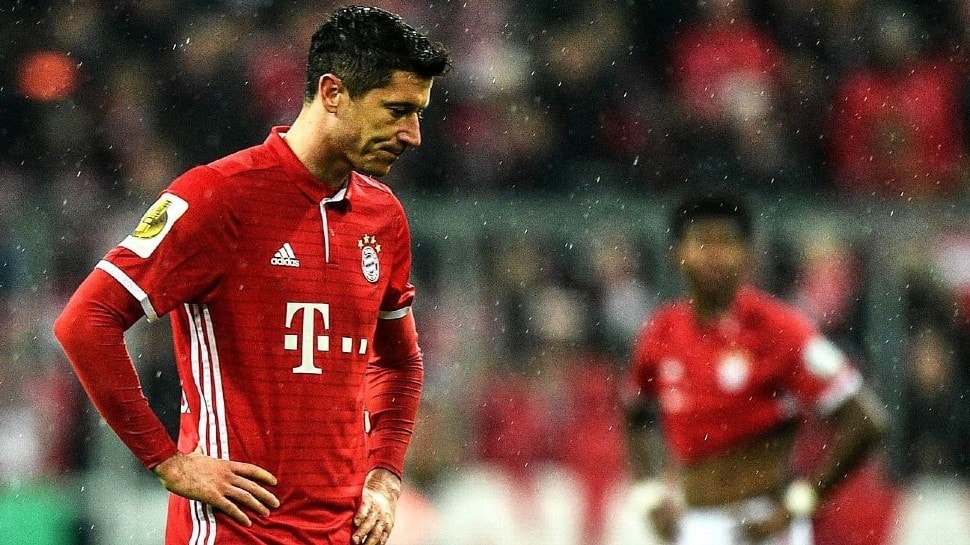 Bayern Munich’s start striker Robert Lewandowski has been ruled out of Champions League quarterfinals against Paris Saint-Germain after the German club said on Tuesday he will be out for four weeks with a knee injury.

Lewandowski suffered sprained ligaments in his right knee during in Poland’s World Cup qualifying win over Andorra on Sunday (March 28) and returned to his club for a thorough exam by the medical staff.

Bayern plays second-placed Leipzig on Saturday in a game which could play a large role in deciding the Bundesliga title, then host PSG on April 7. The second leg in Paris is on April 13.

The injury could also derail Lewandowski”s attempt to beat the Bundesliga goal record of 40 in a season. He has 35 from 25 games.

The 32-year-old was on track to break Gerd Mueller’s 1971-72 Bundesliga season record of 40 league goals in one campaign with eight games left.

Lewandowski, the 2020 FIFA World Player of the Year, climbed to second place in the Bundesliga all-time scorers list earlier this month when he moved up to 271 goals, behind only Mueller and his astonishing 365-goal record.