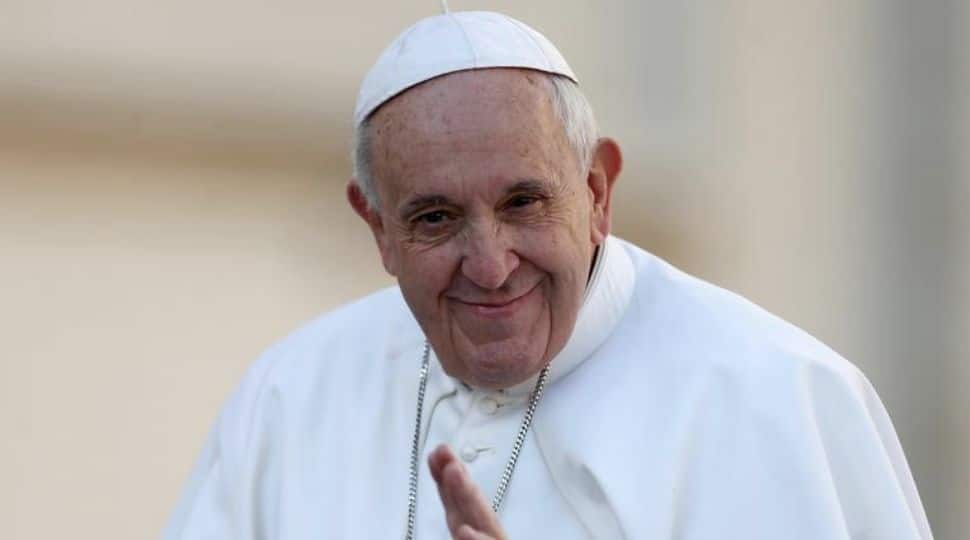 Vatical City: Pope Francis urged priests to be humble like Jesus as he began three busy days leading to Easter – all scaled down because of the coronavirus pandemic – with a Holy Thursday Mass.

The pope, leader of the 1.3 billion Roman Catholic Church, said the Mass of the Chrism in a secondary part of St. Peter`s Basilica for about 200 people instead of the nearly 10,000 in the past.

It is the second consecutive Easter season under COVID-19 restrictions. The Vatican follows guidelines from Italy, which has seen a resurgence in infections and deaths.

Francis, 84, blessed oils for Church sacraments and led cardinals, bishops and about 75 priests in renewing their vows.

In his homily, Francis asked priests to be humble, reminding them that Jesus went about caring for sinners and outcasts disregarding the “scorn in the self-righteous” of the critics of his times.

Francis has delegated a cardinal to lead the second Holy Thursday event in the evening.

Traditionally on this occasion the celebrant washes and kisses the feet of 12 people to commemorate Jesus` gesture of humility towards his apostles, but this year coronavirus restrictions have omitted that part of the ritual.

It was not clear why the pope, who in the past has held the service in prisons or homes for elderly people, had delegated the evening Mass. Some have speculated that he wants to rest ahead of three busier days.

He suffers from sciatica, which causes pain when it flares up.

Francis is due to preside at two services on Good Friday, the day Christians commemorate the crucifixion and two on Holy Saturday. On Easter Sunday, the most important day in the Christian liturgical calendar, he delivers his “Urbi et Orbi” (to the city and the world) message.