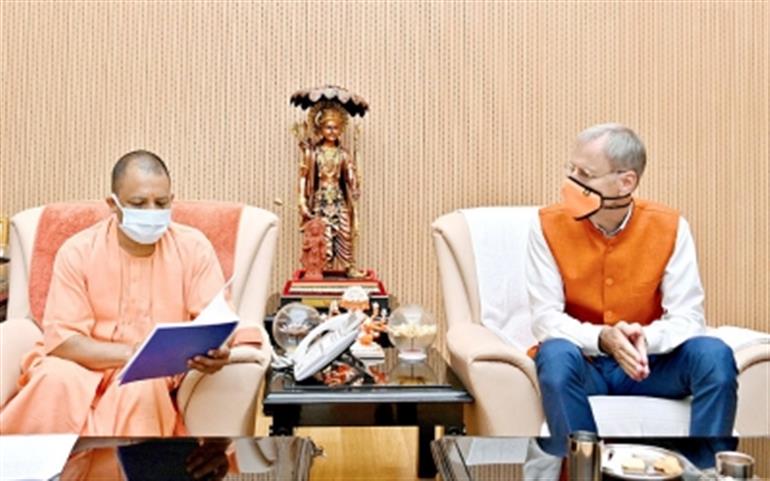 LUCKNOW:  UP Chief Minister Yogi Adityanath has directed officials to send another team of 10 doctors from the Health Department and 5 experts from the Medical Education Department to Firozabad to check outbreak of dengue and other viral diseases.

This team will camp there for the next one week and monitor patients under treatment in hospitals. The work of cleanliness, fogging should be intensified by the deployment of additional personnel by the Urban Development Department, he stated.

According to the government spokesman, the chief minister has said that in view of the rainy season, the ongoing state-wide surveillance program should be made more effective for the identification of suspected patients of dengue, malaria and other viral diseases.

Arrangements for proper treatment should be made for the identified people related to cold, fever, respiratory problems and testing should also be done as needed.

Meanwhile, the official spokesman said that 34 districts in the state are now free from Covid cases.

No new cases of the virus were found in 66 districts in the past 24 hours.

On an average, 2.5 lakh tests are being done every day, while the positivity rate has come down to less than 0.01 per cent and the recovery rate is 98.7 per cent.

Meanwhile, the chief minister also asked officials to consider handing over the responsibility of security of sensitive government offices including the secretariat, to the newly formed ‘Uttar Pradesh Special Security Force (UPSSF)’.

Your guide to a luxurious and sustainable wedding