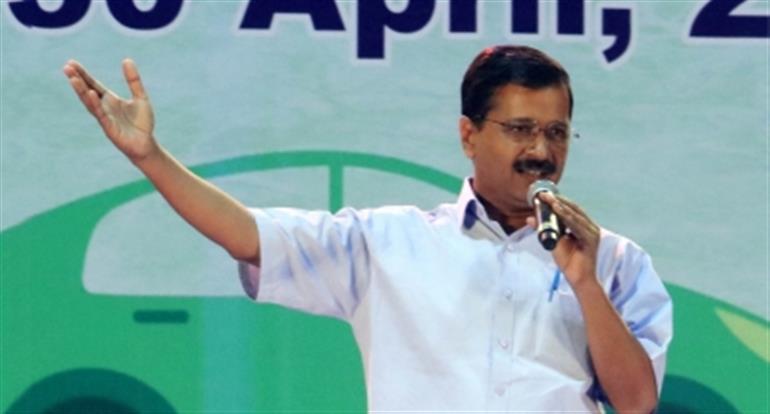 NEW DELHI: Aam Aadmi Party (AAP) convener Arvind Kejriwal on Saturday advised his cadre to work for people and not for some party positions or election ticket as he does not want masses to point fingers and say that this party too, has become just like the BJP and the Congress.

“We have to work and we have to work hard for our people. Do your work so brilliantly that we have to come to you to appoint you for a position and not vice-versa. Remember, if you have to approach us for a position or ticket then it means you do not deserve it. Your happiness should come from serving the community,” Delhi chief minister said while addressing a virtual conference to welcome the new members of National Council.

“Look at other parties, they are fighting amongst themselves for a seat. This should not happen in AAP,” he said so while possibly indicating towards the Indian National Congress (INC) which is going through a rough patch with one of its ministers in Chhattisgarh currently indulging in a tug-of-war with the chief minister.

“If you ever feel like desiring a post then increase your working hours. Work and work until that feeling seeps out of you,” he said.

Kejriwal also remembered freedom fighters Bhagat Singh and Bhim Rao Ambedkar, saying that his party has always held these two historical figures in high regards and it will always follow the footsteps shown by these revolutionaries. “The struggles faced by a young man like Bhagat Singh and Baba Saheb Ambedkar were profound. AAP members should always be ready for a similar ordeal and prepare themselves for future challenges.”

Quoting Gita – a Hindu scripture, he said, “Sri Krishna told Arjun that a leader’s conduct should always be at her best as masses always look up to her. If she fails to maintain a fair demeanour then it will have an adverse affect in the society.”