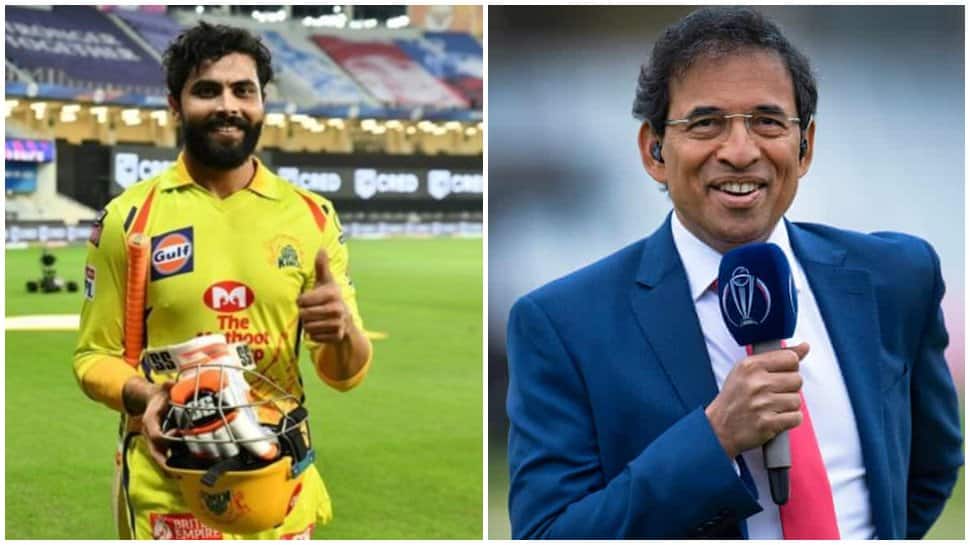 The Indian Premier League took a jolt after a string of players and staff tested positive for COVID-19 inside the bio-bubble, following which the tournament was suspended indefinitely.

Before the action was called off, a total of 29 matches were out of the 60, perfectly setting the mood-up for the second phase of the tournament. In the 29 matches, many players produced some breathtaking shows, but one performance that stood out from the rest was Ravindra Jadeja’s carnage against the Royal Challengers Bangalore, something which popular cricket commentator Harsha Bhogle feels.

In a live interaction with Cricbuzz, Bhogle heaped praises about Jadeja’s brilliant return from his injury, which he sustained during India’s tour of Australia, and claimed his show against RCB as ‘the all-round performance of the season‘.

Jadeja in the contest went on to script history as he slammed Harshal Patel for 37 runs in an over and also went on to claim the big wickets of Glenn Maxwell and AB de Villiers. Apart from this, Jadeja also executed a brilliant run-out to dismiss Daniel Christian during the contest.

“The all-round performance of the season; there can only be one, and that is Sir Jadeja himself. He hits 37 off the last over, he then picks 3/13 including the wickets of Maxwell and AB, has a direct hit. One person doing that (is) inconceivable. If there is a better performance than this in this season, I want to be there, bang in the middle watching it happen,” said Bhogle.

Jadeja responded back to Bhogle’s kind words and said : “Thanks a lot @bhogleharsha but I will be more happy if you call me Ravindra Jadeja.”

In the seven matches, Jadeja played in the season before it was suspended midway, the Chennai Super Kings all-rounder amassed 131 runs, with his 28-ball 62* against RCB being the best. With the ball, the Saurashtra cricketer picked a total of six wickets with an economy of less than seven an over.

Be prepared for Olympics without fans in Tokyo: World Athletics chief to athletes