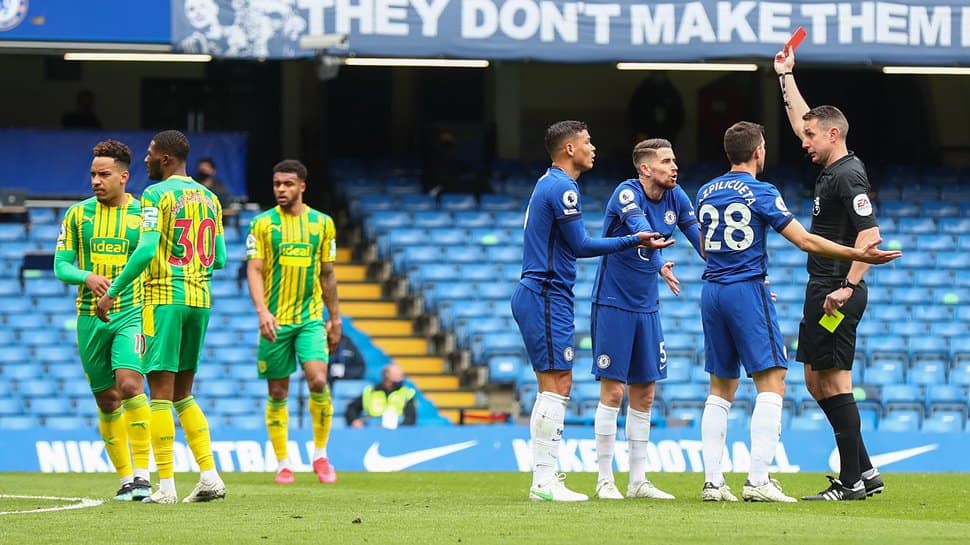 Chelsea, fourth in the table, took the lead just before the half-hour mark when Marcos Alonso’s free kick came off the post and Christian Pulisic scored from the rebound, the American winger’s first goal under manager Thomas Tuchel.

Two minutes later Chelsea defender Thiago Silva was sent off after receiving a second yellow card for a reckless challenge.

West Brom used their numerical advantage to good effect as Matheus Pereira scored two goals in quick succession in first-half stoppage time to put the visitors ahead at the interval.

They added two goals on the counter-attack five minutes apart in the second half, with Callum Robinson volleying home a Darnell Furlong cross before Pereira turned provider for Mbaye Diagne.

Chelsea pulled one back to make it 4-2 when Timo Werner set up substitute Mason Mount for a simple tap-in but West Brom scored their fifth in stoppage time when Robinson found space and chipped onrushing keeper Edouard Mendy.

West Brom remained second-bottom of the table, seven points from the safety zone.