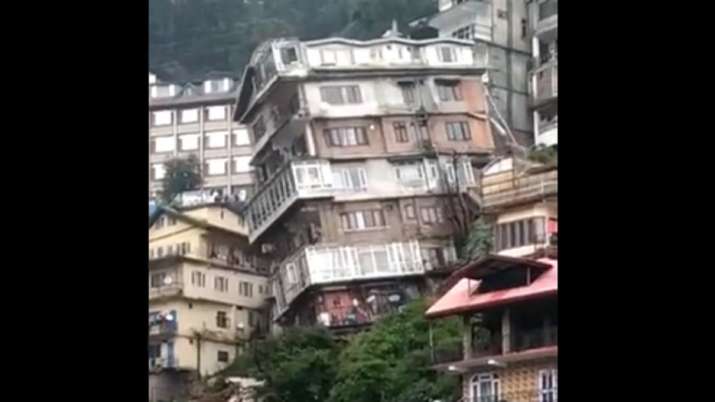 A major disaster was averted in Shimla when a multi-storey building collapsed in the Kacchighat area. Fortunately, the building was vacated, but only hours before it vanished into debris as residents from nearby societies, flats witnessed the hair-raising moment.

The Shimla municipal corporation had alerted the residents of the building and asked them to vacate it, predicting its possible collapse. While many had vacated it, some families didn’t. Till the time the last of the families emptied the society, the 8-storey structure had tilted sideways.

It was just hours after the building had been fully vacated, it collapsed.

Initial reports say due to continuous rain, the soil beneath the surface had weakened, which led to its collapse.