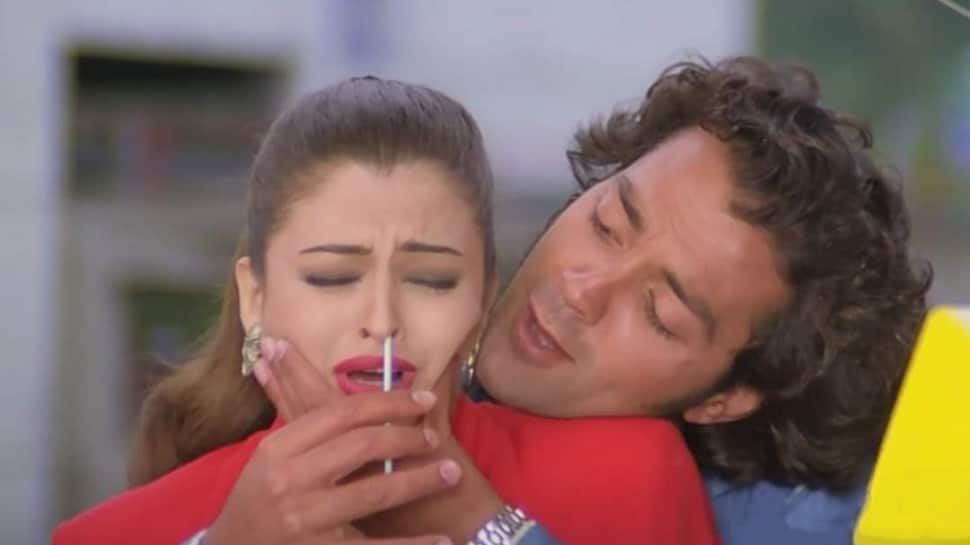 New Delhi: The unapprehended crisis of the COVID-19 pandemic has shaken up the entire world. When the crisis first hit all of us, around a year ago, it caught all of us off guard, but wait a minute, Netizens think actor Bobby Deol knew all about the pandemic way back in 1997.

A video of the actor following all the precautions that we now need to follow – social distancing, RT-PCR test, face mask, quarantine, hand wash can be seen followed by Bobby way back in the 90s.

An image of Bobby with actress Aishwarya Rai from a song sequence of the film Aur Pyaar Ho Gaya (1997) is also breaking the internet.

In a still from the song, Bobby looks like conducting a nasal swab test on a jittery Aishwarya.

Bobby Deol has created a meme fest on the internet with his viral video and Aur Pyaar Ho Gaya movie still.

On the work front, Bobby will next be seen along with Akshay Kumar in Farhad Samji directorial ‘Bachchan Pandey’. Last year the actor made his OTT debut with the hugely popular digital series Aashram, which premiered on MX Player. He also featured in the Netflix original Class of ’83.