Uttar Pradesh Chief Minister Yogi Adityanath on Monday imposed a complete ban on the sale of liquor and meat in Mathura. “The officers concerned are directed to make plans for the ban as well as for the engagement of people involved in such activities in some other trade,” he said.

The chief minister was speaking at the Krishnotsava 2021 program. He suggested that those engaged in the liquor and meat trade may take up selling milk to revive the glory of Mathura, which was known for producing a huge quantity of animal milk. 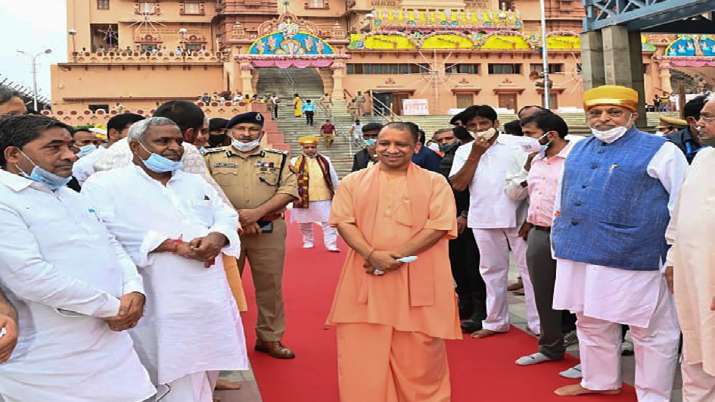 “Every effort will be made to develop Brij Bhumi and there will be no dearth of funds for this. We are looking at a blend of modern technology and the cultural and spiritual heritage for the development of the region,” he said.

The priest-turned-politician also complimented Prime Minister Narendra Modi for giving a new direction to the country. He said places of faith were neglected since long are being revived now. Cabinet ministers Laxmi Narain Chaudhary and Shrikant Sharma were also present on the occasion.