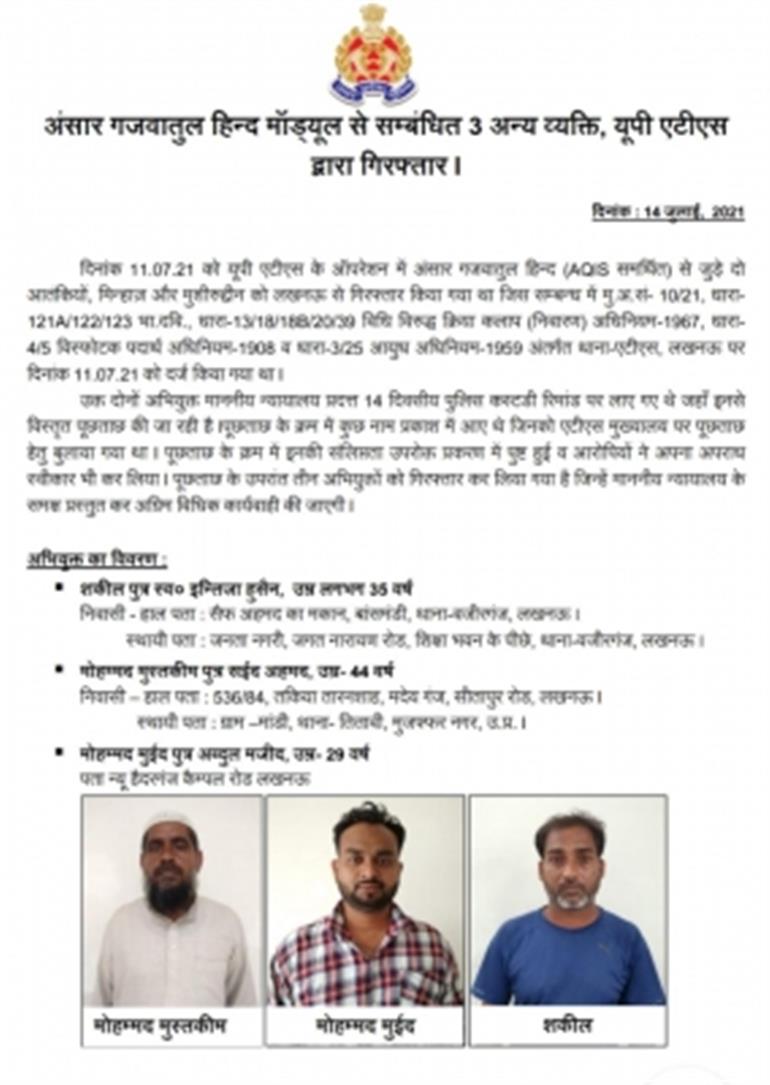 LUCKNOW: The UP ATS has arrested three more suspects on Wednesday in connection with planning of terror attacks in Uttar Pradesh, particularly Lucknow.

The arrested suspects were identified as Shakeel, 35, Mohd Mustaqeem,44, and Mohd Moid 29.

According to an official statement, the three were arrested following information provided by Maseeruddin and Minhaz Ansari who had been arrested earlier on Sunday.

An ATS statement said that the three will soon be produced in court and taken on remand for further investigations.