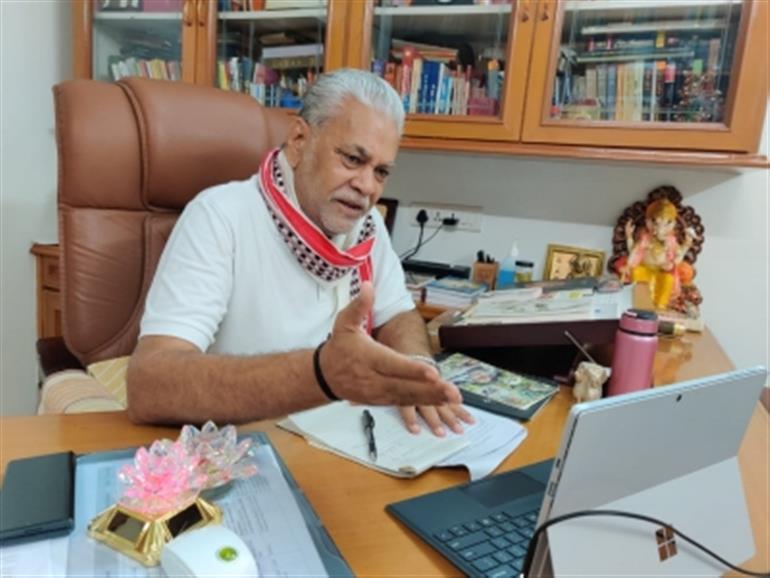 CHENNAI: Union Fisheries Minister Parshottam Rupala will hold a virtual meeting on Thursday with Members of Parliament from coastal areas to get their views on the draft Indian Marine Fisheries Bill, 2021.

VCK leader and Villupuram MP D. Ravikumar said that the minister had invited him to attend the virtual meet to be held at 11 a.m. to elicit his views on the draft bill.

Rupala has conveyed that taking views from the MPs from coastal areas would provide the necessary inputs and address the concerns of the traditional and small-scale fishermen as well as the sustainable development of marine fisheries in the country.

The Minister said it was Lok Sabha Speaker Om Birla’s suggestion to connect with the MPs from coastal areas before finalising the Indian Marine Fisheries Bill, 2021.

The fishermen community across the coastal belts were against the presence of large fishing trawlers in India’s economic zones. Fishermen from Tamil Nadu have always been complaining about the “high-handedness” of the Sri Lankan Navy towards them on on the borders of international waterways and Ravikumar is expected to raise this issue.

Ravikumar told IANS that the minister “had called me and asked me to be part of the virtual meeting to be held on July 15 at 11 a.m. regarding the draft of the Indian Marine Fisheries Bill and had requested my suggestions and views regarding the same”