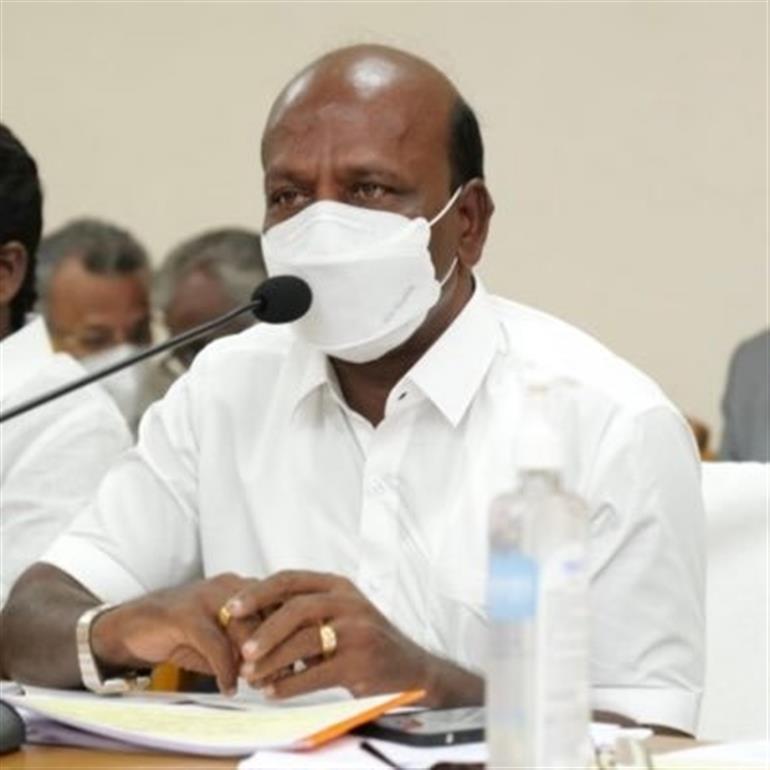 Subraminan reached the national capital on Wednesday. He will press the Union government for a good supply of vaccines to the state as after high-pitched awareness campaigns even in rural areas of Tamil Nadu, there has been a high increase of people coming out to take the jab.

In several parts of the state, unruly scenes were witnessed after the people failed to get vaccinated even after standing in overnight queues. The minister will apprise the Union government of this situation and the urgent necessity to get sufficient quantities of vaccines for the state.

Ma Subramanian had earlier sought an appointment with the former Union Health Minister Dr Harsh Vardhan on July 9 for getting enough vaccines but as the Union minister was replaced, the meeting was postponed for Thursday.

The Tamil Nadu Health Minister told IANS over the telephone said, “The daily vaccination numbers have improved considerably ever since the DMK government under Thiru M.K. Stalin assumed office but, still we are short of the requisite numbers. I am pressing the Union health ministry for an immediate supply of 2 crore vaccines to meet the necessity of the state.”

The meeting to be held on Thursday afternoon will also discuss the pending request of Chief Minister M.K.Stalin for one crore doses of vaccines to Prime Minister Narendra Modi during his first visit to New Delhi after assuming office as Chief Minister of Tamil Nadu.

Tamil Nadu had reported three lakh vaccines on Monday and Tuesday but the number of vaccines administered had dropped to 2,07,259 doses on Wednesday. According to the Union Health Ministry data, around 30 lakh people of Tamil Nadu have received both the doses of vaccines and this is only around 5 per cent of the total population of the state.

Earlier, there was an acute shortage of the second dose of Covaxin in many districts of Tamil Nadu. In Madurai, people almost entered into fisticuffs with the security personnel, including policemen after the announcement of a shortage in Covaxin.

Ma Subramanian told IANS, “We are expecting the Centre to allocate us the requested dose of vaccines and a pending request of our Chief Minister Thiru Stalin to the Prime Minister Thiru Narendra Modi is already with the government.”

Who was the Indian client in Pegasus project, asks Chidambaram

Amit Shah has failed the country by sowing hatred: Rahul

Video call complaint facility launched by police in UP district

Pegasus snooping row: Oppn in RS to stick to demand for probe

NEW DELHI: The logjam over the Pegasus snooping row in the Rajya Sabha is likely ...