Furthermore, the last episode also revealed the real Joo Dan Tae. So, all this time, in the previous seasons, the CEO was living in the name of some other person. He is the impostor, which Logan gave a slight hint towards in the season 2 finale. Thus, the present Joon Ki is the real Joo Dan Tae, and Joo Dan Tae is the Joon Ki.

Furthermore, the real Joo Dan Tae and Soo Ryeon join hands to take revenge on the imposter. The missing ten million dollars case, as shown, is given to Oh Yoon Hee by Logan. However, Soo Ryeon still does not know about the same. But, Dan Tae and Kyu-Jin somehow came to know about the same. Now, both are trying to bring the money into their hands. Furthermore, Seok Kyung is getting more aggressive and angrier. She will also do anything to reach her goals.

The Penthouse Season 3: The Story So Far

Sneak Peeks to The Penthouse 3, features Shim Soo Ryeon heartbroken after Logan’s death. Furthermore, Joo Dan Tae and everyone comes out of Jail. However, Soo Ryeon and Yoon Hee again work together for bringing down Dan Tae. Nevertheless, all the persons are working for fulfilling their own greedy needs and motives with the addition of two characters. Jennie’s father also came in the latest season for taking revenge on Logan. He was the person responsible for his death. On the other hand, Logan’s brother appears enquiring about his death and missing ten million dollars. The youngsters are also facing their own problems. Bae Rona and Seok Hoon are getting closer. But, Seok Kyung is growing distant and becoming more like Dan Tae. Eun Byul is also reluctant to go back to Cheon Jin. 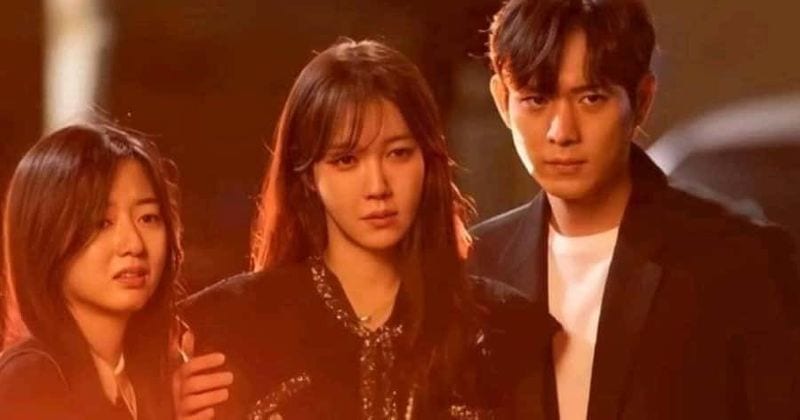 The Penthouse 3 Episode 4 release date is June 25, 2021, at 22:00 KST on the SBS television network. Hence, there are whole four days left for the release of another latest episode. So, the audience will get to premiere the next episode in the upcoming week.

The Penthouse S3 Ep4: What To Expect?

The Penthouse 3 Episode 4 shows Shim Soo Ryeon going to Cheon Seo Jin for saying something. However, she leaves in agony after saying something that leaves Seo Jin in anger. Furthermore, Cheon Seo Jin says, what do you know about that woman to someone. She also asks do you want to know about the money. Most probably, she is saying the thing to Logan’s brother. In another instance, we see Joo Dan Tae and Lee Gyu Jin watching together something intensely. Even Joo Seok Kyung, under the influence of Joo Dan Tae, becomes angry with Shim Soo Ryeon. She throws something at Soo Ryeon and accuses her of running her life.

On the other hand, the Baek Joon-ki and Joo Dan Tae come face to face. There is also a scene where Joo Dan Tae becomes angry at Joon-ki and catches his collar. Shim Soo Ryeon asks someone about setting up Joon-Ki. Baek Joon-ki confesses his love to Soo Ryeon saying she was his first love. Joo Seok Hoon and Bae Rona’s love is growing, with Seok Hoon worrying about sending her somewhere alone. He also asks if she wants him to go with her. Well, it seems Cheon Seo Jin also came to know about the truth of Joo Dan Tae.

Seo Jin got seen asking someone about him being Joo Dan Tae right. The person could either be Joo Dan Tae or Bae Joon Ki. The preview also shows Dan Tae becoming angry at someone and thinks how much does that person exactly knows about him. Jennie’s father is going somewhere angrily with a bog hammer on his hand and says, this is your last warning. Oh Yoon Hee saw something shocking and said to someone before speaking about what they saw or learned. Joo Dan Tae is seen driving his car angrily somewhere and says Soo Ryeon will die because of that person.