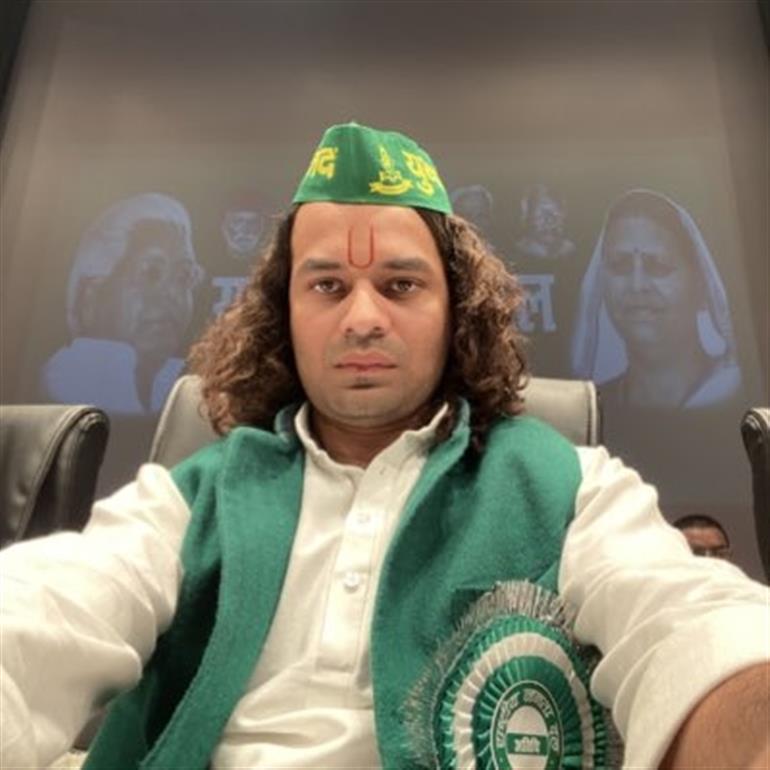 PATNA: Former Health Minister Tej Pratap Yadav was admitted to a hospital here on Monday after complaining of abdominal pain and uneasiness in breathing.

This was the second time in a month when Tej Pratap fell ill. He is currently undergoing treatment in a prominent hospital in Patna.

According to a top source in the Rashtriya Janata Dal (RJD), Tej Pratap complained of abdominal pain and breathing problems on Monday afternoon. Initially, he underwent treatment at his official residence but as his condition did not improve, doctors advised him for treatment in hospital.

An RJD official said that Tej Pratap was immediately rushed to a prominent hospital in Patna. His health is normal now. He underwent an ultrasound of his stomach.

Similar symptoms arose early this month on July 6 when he complained of uneasiness in breathing and abdominal pain. Then his younger brother Tejashwi Yadav had rushed to his brother’s residence.

However, on Monday Tejashwi Yadav had a pre-scheduled plan to go to Delhi. When he was on board the flight, he received the message about his brother’s illness. After speaking to his brother on the phone, Tejashwi continued with his onward journey.