Supermodel of the Year 2: Five models to make it to next level on Malaika Arora, Milind and Anusha’s show

With every fiery and scorching challenge on MTV Supermodel of the Year 2 , the contestants’ zeal and enthusiasm also grows up a notch higher. And as the surprises make the fight interesting, the news of double elimination will intensify the game for the divas. Out of the top fifteen- Eksha, Muna, Swapna, Thomsina, Roshni, Jayshree and Diksha have made it to Top 7 and will now be seen facing the threat of double eliminations this week. With their own shares of highs and lows, they have realized that just one miss can put an end to their journey in this fierce battle of becoming a Supermodel.

This week’s MTV Supermodel of the Year 2 episode is going to be a nail biting events of getting our top five contestants. The contestants will be seen doing a TV commercial showcasing the tagline, “Glow up from within” and will have to walk the ramp in two different outfits with a bare minimal changing time. 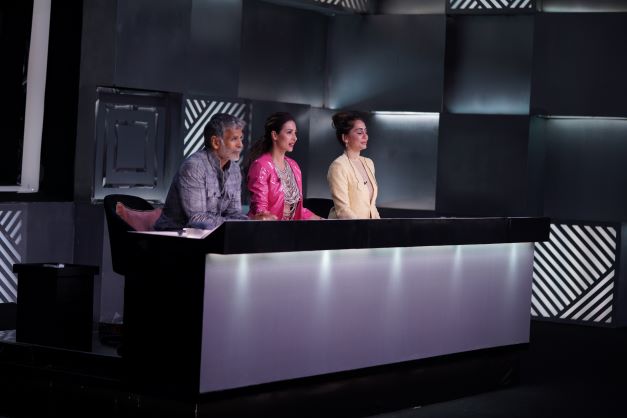 Catch the stunners as they give in their 100% to get saved from the wrath of a double elimination. The bottom two scorers will have to bid goodbye to their dreams.

The competition is all set to blow out in full throttle and next week onwards, the contestants will only get one task, either a ramp walk or a shoot, to prove themselves with just one judgement.

In the moment of fear yet victory, Malaika will be seen telling the top five contestants to keep their Stilettoes, make up, confidence, head, ambition and most importantly, their spirits high as they have come a long way.

Witness the high strung competition amongst the top seven at Supermodel of the Year Season 2, this Sunday at 7 p.m.

Prabhas | New poster of ‘Radheshyam’ released, trailer to be released on ‘Prabhas’ birthday

Why didn’t musician Vishal Dadlani return to the show after taking a break from ‘Indian Idol 12’?

Music director Vishal Dadlani had acted as a judge in ‘Indian Idol 12’. He has ...