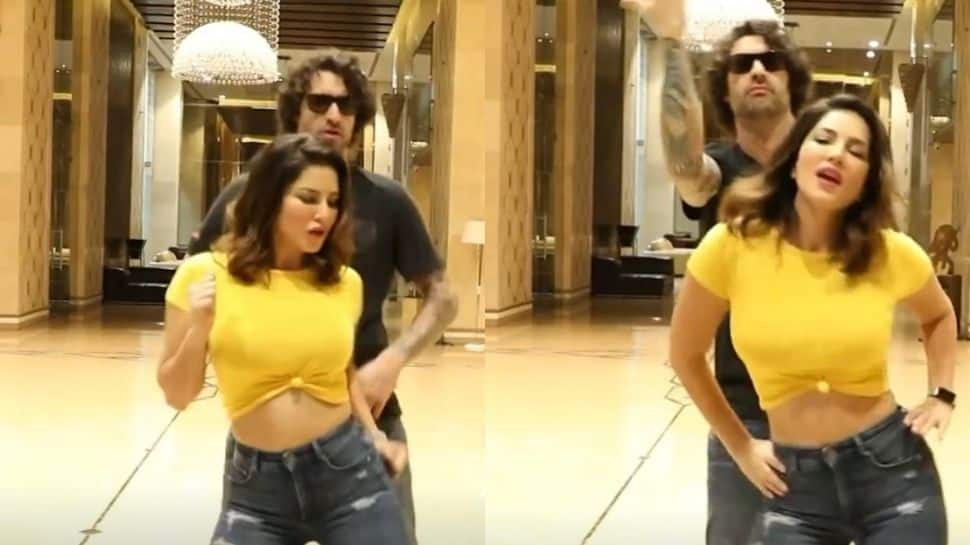 New Delhi: Bollywood actress Sunny Leone is still in a celebratory mood after completing 10 years together with husband Daniel Weber on April 9, 2021, and took to Instagram to post an adorable video on how the couple still have amazing chemistry after all this time.

The ‘One Night Stand’ actress shared a fun dance reel on Instagram where the duo was seen dancing while pointing at text on the screen that gave tips to couples on ‘keeping the spark alive’ in a relationship. Leone was seen wearing a bright yellow crop top with high-waisted jeans while her husband Daniel Weber was seen donning a black T-shirt and cool sunglasses.

The couple listed out ideas such as – Always communicate, Plan date nights, Cook together, Make each other laugh, Appreciate each other.

Have a look at their adorable video:

On the work front, the popular model-actress is busy with her upcoming film ‘Shero.’ The actress keeps on sharing her behind-the-scenes videos from the sets of the movie which is being shot in Kerala. Before that, Sunny just wrapped up shooting for Vikram Bhatt’s ‘Anamika’.

She will also be next seen in ‘The Battle Of Bhima Koregaon’ directed by Ramesh Thete, co-starring Arjun Rampal.