Stalin flags off vehicles with oxygen cylinders to 18 districts 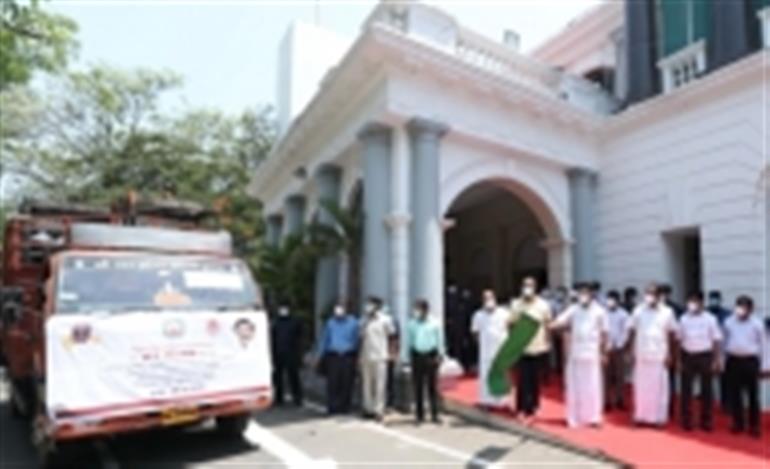 An official release from the state government said that the government has issued orders for sourcing 1,915 oxygen cylinders, 2,380 oxygen regulators, 3,250 medical oxygen flowmeters, 5,000 oxygen concentrators and 800 filled cylinders at a cost of Rs 40.71 crore. A total of 515 oxygen cylinders, 1,780 oxygen regulators and 250 medical oxygen flowmeters have been imported till date.

The State Industries Promotion Corporation of Tamil Nadu Ltd (SIPCOT) has also procured flowmetres with humidifiers, copper pipes, outlets and manifolds from local suppliers. An amount of Rs 4.33 crore was spent for this, a release from the government said. This is to convert ordinary beds in government hospitals into those with oxygen supply and 1,000 beds in government hospitals in Chennai have been equipped with oxygen supply.

SIPCOT has also sourced 2,000 cylinders from industrial units located in SIPCOT industrial parks and supplied them to various districts of Tamil Nadu after filling them with oxygen.

Rajasthan likely to see rains in next 2 days: Met office