After spending a few months in London, Bollywood actress Sonam Kapoor is back in Mumbai. Sonam arrived in the city on Tuesday night. Several videos and pictures of her arriving at the Mumbai airport have been doing the rounds on the internet. Sonam’s father and veteran actor Anil Kapoor was there to pick the former from the airport. The two could be seen getting emotional as they shared a warm hug on seeing each other after a long time.

In one of the clips, Sonam can be seen saying, ‘hi dad’. She then broke down as she walked to their car. Before coming to Mumbai, Sonam had taken to her Instagram Story to share that she’s on her way home. “Home coming,” she wrote, adding a picture of herself sitting in a flight.

Meanwhile, Sonam’s husband Anand Ahuja has already started missing his wife. He posted a picture of Sonam and captioned: “Miss you already.” 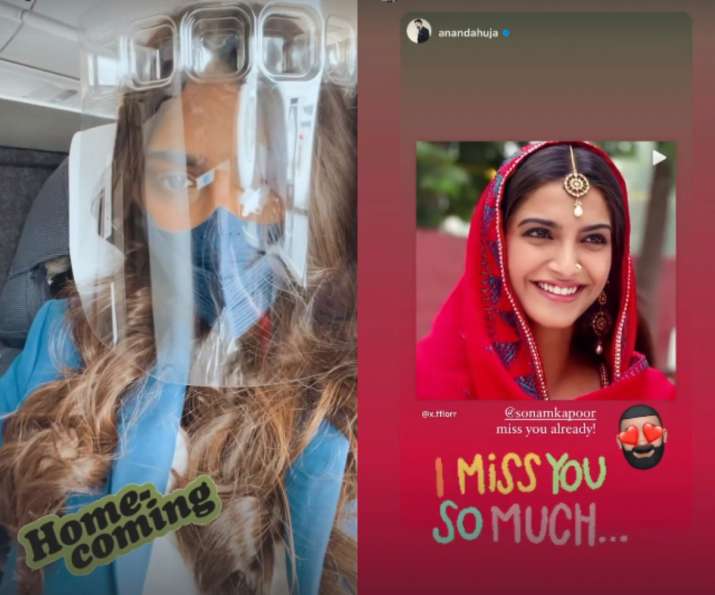 It was three years ago when Sonam Kapoor and Anand Ahuja’s painted the town red with their lavish wedding ceremony. After marrying, Sonam shifted base to London with Anand. She is often seen juggling between India and London for her work and personal commitments.

On the professional front, Sonam was last seen in the 2019 romantic comedy “The Zoya Factor” co-starring Dulquer Salmaan. She also featured in a cameo in the Netflix film AK Vs AK, starring her father Anil Kapoor and Anurag Kashyap. Next, the actress will be seen teaming up with Sujoy Ghosh in an upcoming project titled, ‘Blind’. She will be seen essaying the role of a blind police officer who is out there to investigate a serial killer.

Shah Rukh Khan and Kajol, who have worked together in many blockbuster films like Kuch ...