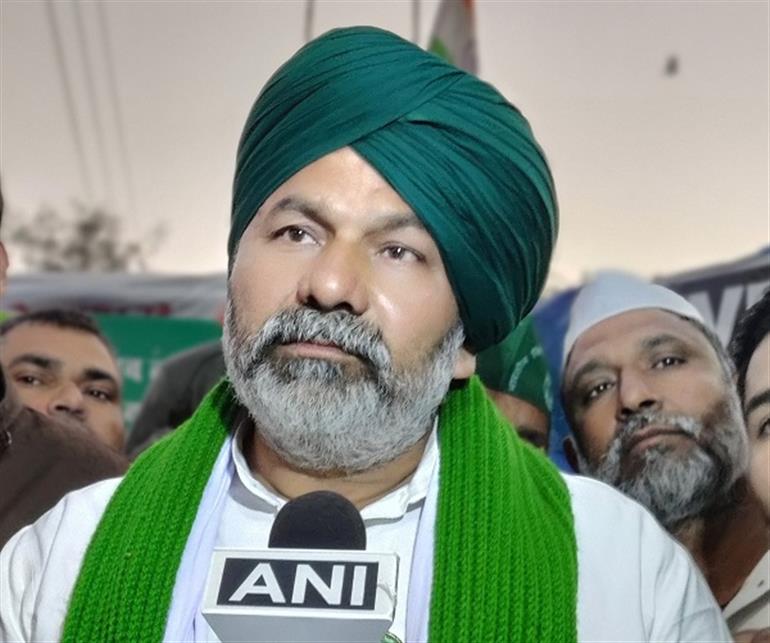 From 22nd April to 9th August, Parliament Protest March on Every Working Day of Parliament: SKM

Calls Given by Separatist Organisations based Abroad are Anti-Farmer and are Condemned; SKM and the Farmers Protest has Nothing to Do With Them: SKM

NEW DELHI: On behalf of all farmers of India, the Samyukta Kisan Morcha today issued a Peoples’ Whip. The Peoples’ Whip shall be served on all MPs of Lok Sabha and Rajya Sabha. The MPs were informed that the Peoples’ Whip had been issued in accordance with the long established constitutional right of citizens to bring any matter of general public interest relating to the work of the Union Government before Parliament and Parliamentarians.

Thus, the MPs were directed to heed and act upon the same, treating is as a direct instruction of the constituents who have elected them as Members of Parliament and to whom they are constitutionally accountable. The People’s Whip directed the MPs to raise the Demands of Farmers Agitation, namely to repeal of the 3 black farm laws enacted by the Union Government during Covid times and to enact a law that gives a legal guarantee of receiving MSP of all crops of all farmers of India, in both Houses of Parliament and not allow either House of Parliament to do any business till the Union Government assures to accede to the farmers demands on the floor of the Houses. The MPs were also directed not to walk out of the Houses which enables the ruling party to do their business unhindered and even if the MPs are suspended by the Speaker/Chairman of the Houses, they should again go to the Houses to oppose the Union Government. The People’s Whip mentions that if they MPs fail to accede to the Whip, the farmers of India will be compelled to oppose them on every stage.

SKM today announced detailed plans of Parliament Protest March. From 22nd July onwards, on everyday of Parliament meeting, batches of 200 farmer volunteers and leaders shall march towards the Parliament House in a peaceful manner following the guidelines of discipline laid down by SKM. The daily batches of protestors shall comprise of farmer leaders and volunteers drawn from various organisation across the protest camps at the borders of Delhi as well as from other parts of the country.

Special Parliament Protest March exclusively by women farmer leaders and volunteers shall be on 26th July and 9th August. Women farmers have been at the forefront of this long and historic struggle of farmers for their livelihood and future and the special marches on these two days shall highlight the unique and memorable role that women have played.

SKM has taken note of a reported statement-call made by an organisation named Sikhs For Justice based abroad. Such calls given by a separatist organisation is anti-farmer and against the interest of farmers’ movement; hence SKM strongly condemns the same. Neither SKM nor the farmers’ protest has anything to do with such organisations and SKM calls upon them to desist from attempts to deviate and derail the just cause of the farmers, who are engaged in long and arduous but peaceful and democratic struggle to secure their income and the future generation of farmers of India as well as the food security of 140 crore Indians.

Farmer leaders Harcharan Singh and Prahlad Singh along with about a 100 farmers have been booked under false cases by Sirsa Police with grave charge of sedition, merely because they were protesting against Haryana Deputy Speaker at Sirsa. SKM strongly condemns the false, frivolous and cooked-up sedition charges and indeed all other charges against farmers and farmer leaders under instructions of the anti-farmer BJP Govt of Haryana. It may be recalled that although the farmers had no plans to hold any protest in Haryana in November 2020, this very Haryana Govt had unsuccessfully tried hard to stop them from marching to Delhi. The nation had borne witness to the barbarism of the Haryana Govt using water cannons, tear gas, barricades, barbed wire and digging up of roads against farmers. The same Govt now continues to use terrorising tactics against farmers by filing such cases with false and grave charges of sedition, merely because the farmers had shown black flags to BJP leaders at Sirsa. SKM shall assist all farmers and leaders in contesting these charges in Court and assures the Haryana Govt that struggle against its terror shall be met by intensification of struggle and protest by farmers.

Haryana BJP Leader Manish Grover of had insulted women farmers and protesters by using uncouth and unpardonable gestures. In response, farmers have camped outside his residence at Rohtak, Haryana in indefinite dharna. The Police have barricaded the residence and Manish Grover has become a prisoner in his own home. The dharna shall continue till unconditional apology is received from the delinquent BJP politician.

Many now have immunity against COVID-19 but don’t lower guard, say experts