Shilpa Shetty’s son imagines her as Hela from ‘Thor: Ragnarok’ 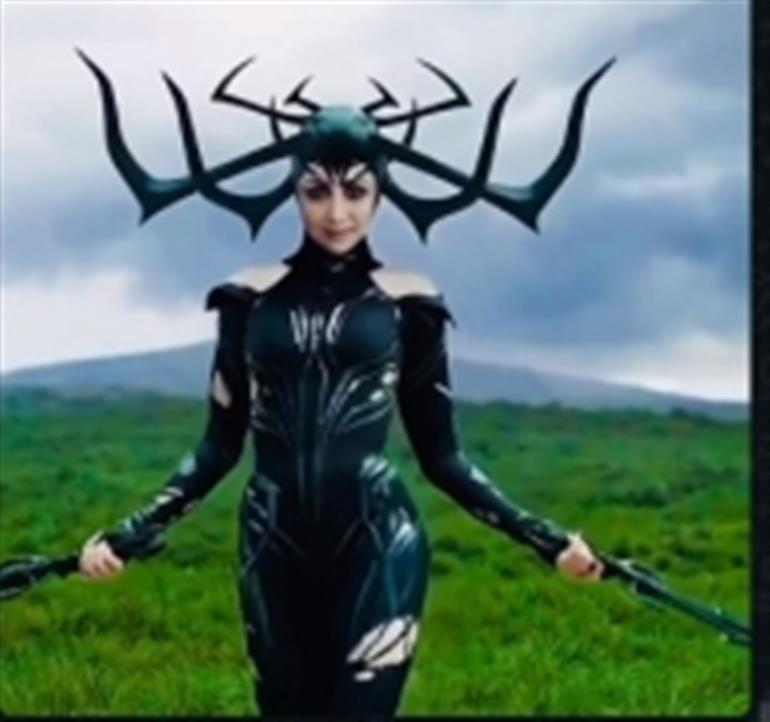 MUMBAI: Shilpa Shetty took to Instagram on Thursday to share a video made by her son Viaan, in which he visioned the actress as Cate Blanchetts character Hela, goddess of death, in “Thor: Ragnarok”.

Viaan morphed his mother’s face over Blanchett’s in various scenes of the superhero film. In the clip, Viaan pitted Shilpa against the deadly virus Covid-19, represented by Chris Hemsworth’s character Thor.

Shilpa wrote: “Viaan put a smile on my face with this video he made, describing how mumma handled COVID-19 All NEGATIVE… Still being positive hoping for a better Covid-free future for all.”

“Thor: Ragnarok” is directed by Taika Waititi and released in 2017. The film was about superhero Thor, who without his hammer Mjolnir, had to save his home Asgard from Hela.

Shilpa has two films lined up. She will be seen in “Hungama 2”, the sequel to the 2003 hit “Hungama”, and also “Nikamma”, which stars Abhimanyu Dassani and Shirley Setia.

Babil shares pictures of Irrfan Khan, says ‘have been working so hard, wish you were here to witness’