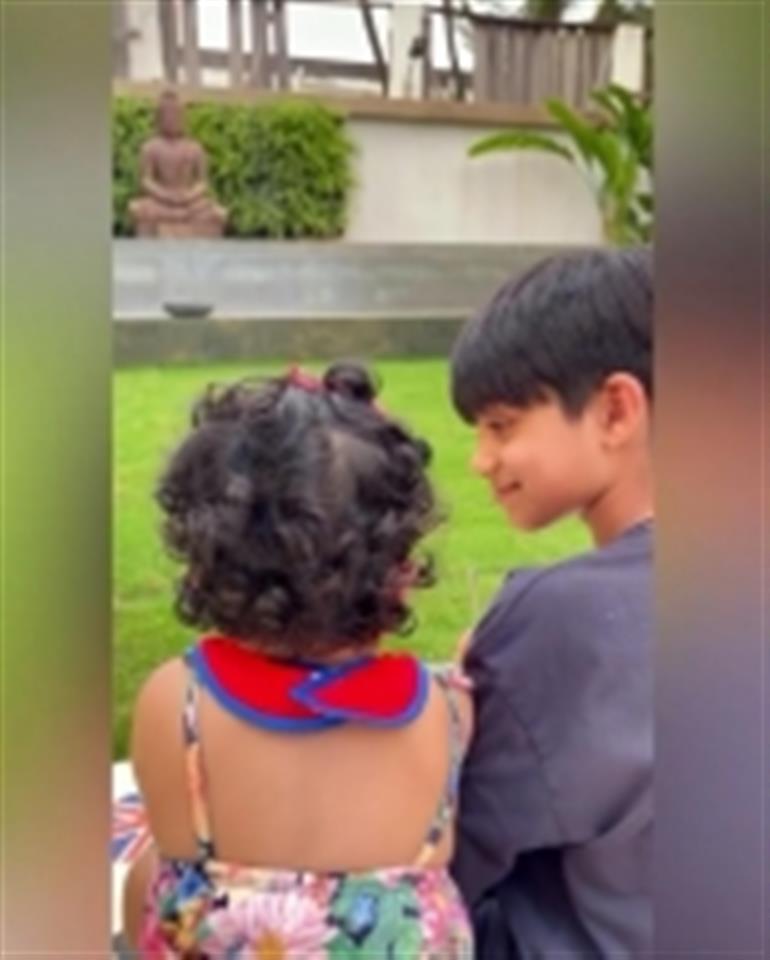 MUMBAI: Actress Shilpa Shetty Kundra posted a video of her kids — Viaan and Samisha — on Instagram, to mark National Brother’s Day on Monday.

In the video, Viaan is drinking coconut water and Samisha is trying her best to get some of it. Viaan is seen pulling her leg and saying, “Yes madam, do you want?” and “No, I don’t know you”.

He finally gives her some, and Shilpa can be heard saying: “Sharing is caring.”

The actress captioned the post as: “Having a younger sibling somehow makes the older one responsible, protective, mature, and even territorial (I would know!) I’ve had Rakhi brothers much later in life, but Samisha is lucky to have a real one. To see these visuals just makes my heart melt Priceless!! Happy Brother’s Day.”

Last week, Viaan turned nine and Shilpa gifted him a pet dog who they named Truffle.

Abhay Deol back on Instagram after ‘digital detox’, Esha Deol says ‘I get you’

Mika Singh accuses Kamaal R Khan aka KRK of fraud, claims he is banned in India